Uganda will hold its general elections next year to elect the next President, members of Parliament and local government political leaders. 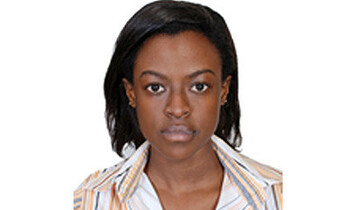 Uganda will hold its general elections next year to elect the next President, members of Parliament and local government political leaders.

In a multiparty democracy, political parties are expected to be one of the power centres in policy and decision making over the management and utilisation of environmental assets such as forests.

Uganda’s general elections will take place at a critical time when there are serious concerns about the governance of Uganda’s forestry resources.

According to the National Forest Plan, within a period of 15 years from 1990 the forest cover had reduced by approximately 1.3 million. This represents an average annual deforestation rate of 1.8%.

The rate at which Uganda is losing its forest cover has serious socio-economic, ecological and cultural consequences such as climate change which has led to landslides, droughts among other negative effects.  At the end of the day, it is the voter, especially the poor rural voters who suffer most.

Governance issues are largely responsible for the loss of forest cover in Uganda. Forestry institutions are faced with governance challenges such as; limited funding, inadequate staffing, institutional coordination gaps, weak enforcement among others.   In order to address this, key interventions are required within the sub sector some of which include:

Uganda’s political parties and other political leaders could commit to improve the state of District Forestry Services. Most of the District forestry staff do not have means of transport and operational funds to carry out their supervision and monitoring work. In many districts several positions remain vacant because of lack of funds for the districts to recruit personnel.

The portion of the budget allocated to the Environment and Natural Resources (ENR) Sector is inadequate. While the forestry sub sector is considered as one of the primary growth sectors in Uganda, it remains one of the least funded sub sectors in Uganda. The political parties could commit to enabling the increase of resource allocation to the ENR sector including the forestry sub sector.

In addition, there has been an increase in forest crimes and illegal activities in the forest sector due to corruption and inadequate capacity of forest management institutions resulting in poor supervision and monitoring. Political parties and other political actors should consequently provide clear measures they intend to undertake to address this challenge. One of the measures that political parties could consider taking up to combat forest crimes and illegalities is to institute legal reforms aimed at increasing penalties for the different forest crimes.

Works with Advocates Coalition for Development and Environment (ACODE)