Over sh50m had been raised by Friday morning to bring the remains of Joyce Nyakato from the USA. 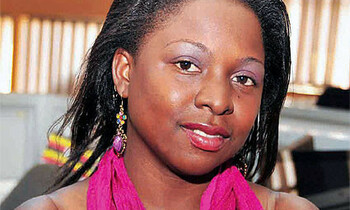 Over sh 50m had been raised by Friday morning following an aggressive campaign to bring the remains of former New Vision journalist Joyce Nyakato from the USA.

The family raised a fundraising call for a total of $10,000(about 36m) for the repatriation expenses after Nyakato passed on last week.

A number of fundraising campaigns were launched by colleagues, friends and well-wishers which attracted an overwhelming response according to the uncle of the deceased, Justus Kaana.

Kaana revealed that by Thursday, a total of sh5.4m had been deposited on the bank account and sh8m through cash and mobile money.

Some of the funds amounting to $1300( about sh4.7m), were raised by Ugandans under their umbrella body, Uganda North American Association (UNAA) in a campaign spearheded by the New Vision’s Pakasa editor,  Ssebide Kiryowa.

This was during the just concluded annual meeting in New Orleans, Louisiana.

“We could never have done this without the generosity of New Vision. Through the emotional tributes published on their platforms, people got to know of the need and supported generously,” said Kaana.

“I have received calls from as far as Kuwait after people read the stories published by New Vision. It has indeed been a humbling experience for us as a family and we are grateful,” he said.

The family is now working on the paper work with the Ugandan Embassy in the USA and by the next week the body should be in Uganda.

Nyakato  who had just graduated with a Master of Arts degree in Health Journalism at the University of Indiana succumbed to a severe case of neurosarcoidosis, a condition that affects the brain, spinal cord, and other areas of the nervous system.

She passed on at Georgetown University Hospital in Washington DC.

Ugandans in US raise $1300 to bring Nyakato’s body