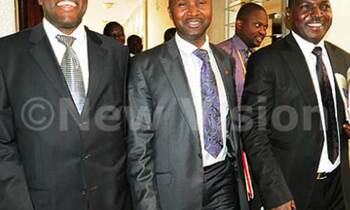 The Supreme Court will today decide whether the four expelled MPs should continue to stay in parliament.

The expelled MPs; Muhammad Nsereko, Wilfred Niwagaba, Theodore Ssekikubo and Barnabas Tinkasimire were first granted with an interim order on March 6 this year which has to be extended by granting an injunction.

If granted, it will restrain the Speaker of parliament, Rebecca Kadaga, her deputy Jacob Oulanya and the electoral commission from implementing the orders of the Constitutional court until their appeal is disposed off.

In February this year, the Constitutional Court led by Justice Steven Kavuma ordered the four expelled MPs to vacate their seats after being expelled from the NRM ruling party so as to allow the EC to conduct fresh elections to fill their seats.

Expelled MPs can stay in the House for now - Court