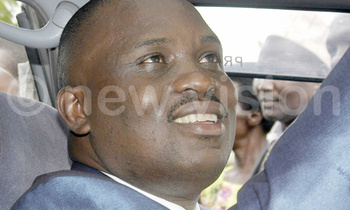 THE police have obtained statements from officers accused of torturing supporters of Kampala Lord Mayor Erias Lukwago before and after he was impeached by city councillors.

Speaking to New Vision on phone yesterday, deputy police spokesman Patrick Onyango said the Professional Standards Unit (PSU) of police was undertaking the investigations aimed at bringing to book all officers found guilty of being unprofessional.

Also being investigated are officers who reportedly looked on as a mob descended on supporters of Lukwago, especially the alleged torture of Kiwanuka Abdullah, Lukwago’s lawyer.

“We have obtained statements from all officers who were deployed to maintain order that day. We are investigating to establish whether the conduct of our officers was unprofessional,” reiterated Onyango.

“The investigations will further help us to establish if the force used by our officers was proportionate to the threat to order that day,” added Onyango.

“The video clips helped us in understanding the events of the day and identifying the officers who did not behave was required of them. Police does not condone brutality of any nature,” said Ssenkumbi.

Police is also probing a claim that on the day Lukwago was impeached, in Kasubi and Kiseka city suburbs, a group of stick wielding men dressed in civilian clothes akin to the defunct Kiboko squad allegedly beat up demonstrators in full view of the police who reportedly did nothing to stop the attackers.

Onyango said officers found to have defied the police code of conduct will be held accountable and prosecuted in the courts of law.

“Once the investigations are concluded, action will be taken against all officers who exhibited brutality in their line of duty,” vowed Onyango.

After investigations into the matter are completed, the file will be forwarded to the Directorate of Public Prosecution for sanctioning.

Where the PSU unearths scanty evidence, the matter is referred to the legal department of police for legal advice.