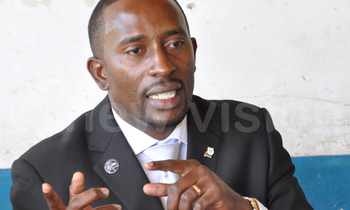 THE Riham Warriors are set to hire experienced Kenyan coach Ronnie Owino until the end of the 2013 Airtel National Basketball League (ANBL) season.

Warriors’ general manager Ivan Ntabaazi made the revelation in an exclusive interview with New Vision Sport on Saturday, clarifying that the move does not imply the sacking of the club’s coaching duo of Emmanuel Samanya and Eric Malinga.

“Samanya is soon travelling abroad to see his family while Eric’s wife is about to give birth and Eric is travelling to Kenya to be with her,” Ntabaazi said.

“Owino will join up with the team on the 15th and will immediately get involved although Samanya will be head coach for our game against City Oil (on Friday).”

Ntabazi added that both Eric and Samanya should be back with the club if they go as far the playoff finals. The playoffs tip off in two weeks and the Warriors, who have had a less than convincing regular season, will be hoping Owino’s deep well of basketball nous can ignite their title defence.

Owino has enjoyed great success over Ugandan teams, first as a player and then as a coach.