General Museveni has, over the years, presided over the state that has restored peace and security. 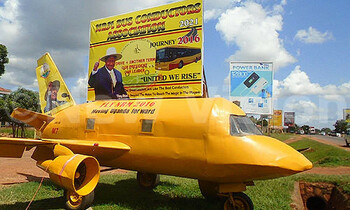 
The recent decision by President Museveni to pick nomination forms for the chairmanship of the National Resistance Movement (NRM) party and carry its  flag in the 2016 general elections presents voters with yet another opportunity to re-elect the person who, given the current circumstances,  is well placed to guarantee the safety of persons and property in Uganda.

General Museveni has, over the years, presided over the state that has restored peace and security. The Uganda People’s Defence Forces (UPDF) has defeated all insurgent groups and squashed numerous rebellions in the country.

In disarming the Karamojong, the hitherto perennial cattle rustling has been tamed. This explains why, in the 2011 elections, the people of northern and eastern Uganda warmed up to the ruling party and enabled it win those polls. Uganda has played a pivotal role in the stabilisation of the Great Lakes Region.

Our country helped the Rwandese Patriotic Front stop the 1994 genocide in Rwanda. The current peace in the eastern Democratic Republic of Congo, though still fragile, is a direct consequence of negotiations between the M23 rebels and Kinshasa which Kampala chaired.

Uganda brokered the Arusha Agreement that finally ended Burundi’s deadly civil war and ushered in over 10 years of peace. And, as fate would have it, the East African Community (EAC) Third Extra-Ordinary Summit that sat recently in Dar-es-Salaam appointed President Museveni to bring the current Burundi protagonists to the negotiating table.

Somalia is on the path to pacification. Venturing into the territory where the world’s most powerful army — the US had been humiliated by the local militia. Uganda spearheaded the regional and international efforts to fight al-Shabaab.

Today, Somalia has a government, the terror machine is getting disseminated and the Somali people are returning to their country.

Uganda’s hand was visible in South Sudan’s struggle for independence. And, when leaders in Juba turned their guns on one another during the December 15, 2013 attempted military coup, UPDF intervened and forestalled the tribal massacres that would have descended on that country. The situation remains volatile, but the IGAD-led peace process is pushing for a political settlement.

The UPDF has been professionalised, the Police Force reformed and the intelligence agencies’ capacities enhanced. President Museveni has provided the leadership that has made Uganda a success story in the fight against terror.

Little wonder that Kampala has been proposed to host the EAC and Intergovernmental Authority on Development (IGAD) Regional intelligence Centre. These success stories are a direct consequence of the constitutional powers vested in President Museveni’s ability to decisively make use of the said powers, his personality and the moral authority he commands both inside and outside the country. These attributes remain very essential in an increasingly volatile global world.

As the country prepares for the 2016 elections, all evidence points to President Museveni’s commitment to holding peaceful polls. But some contenders are laying the ground for a boycott. Yet others are preparing unsuspecting sections of the population to cause mayhem before, during and after the elections. And, in both camps is a group that has crafted an alliance that is not based on any ideology, principles or common belief, but founded for the sole purpose of causing regime change!

Uganda has painstakingly built its reputation as a peaceful and stable country.

This is not the time to subject the country to further political experiments for the sake of fulfilling individual and group ambitions of some sections of the political class, “civil society”, clergy and diplomatic community.