THE national head count for Government-aided and public secondary, technical and health institutions is underway, meant to establish the number of registered students in institutions 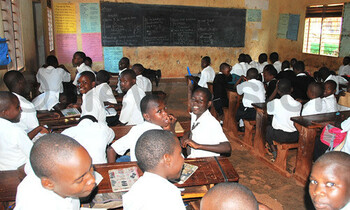 THE national head count for Government-aided and public secondary, technical and health institutions is underway. The head count is meant to establish the number of registered students in institutions in the aforementioned ranks.

Government conducts headcounts annually, to provide data which is used in the allocation of capitation grants. It also helps in addressing issues of ghost teachers, absenteeism, drop-out numbers and repetition rates in classes.

Maj. (rtd) Jessica Alupo, the minister for education, science, technology and sports told New Vision that the exercise will be conducted by the ministry and local governments.

“It started at 8:00AM and will end at 5:00PM. The enumerators for the exercise will be the Senior Assistant Secretaries commonly referred to as Gombolola (Sub County) Chiefs,” said Alupo.

The exercise is intended for students from Senior One to Four, and Year One to Three students in post primary, technical and vocational training institutions.

Post-primary students must have the 2014 primary leaving examinations recommendation from their former primary schools. They are also expected to have valid identity cards and birth certificates.

For eight years (since 2007) Government has been implementing Universal Post Primary Education and Training (UPPET) with an objective of increasing access to quality secondary education.

In 2011, Government undertook to implement UPOLET as a strategic intervention aimed at increasing access at Post S.4 education level in order to consolidate the gains and successes so far registered under UPE and USE programmes.

The two programmes have greatly transformed education and skills development in the country through; expanding access and improving attendance for secondary and Business, Technical & Vocational Education Training (BTVET) education; and adding value to the sustainability of UPE.

The programmes have equally led to- developing competencies that provide access to the global economy and the potential it offers for national development; reducing high cost of education; increasing equitable access to secondary education and BTVET for special groups and ensuring the achievement of the Millennium Development Goal (MDG) number 3 of Gender parity by 2015.

Annually, the Ministry of Education, Science, Technology and Sports conducts the Headcount of the USE/UPPET/UPOLET. It is an implementation strategy adopted at the inception of the USE programme in 2007 intended to ensure that only those beneficiaries targeted by the two complimentary programmes of USE/UPPET/UPOLET are enrolled.

It is a monitoring tool for the successful implementation of the two programmes whose main aim is to ensure that only the target beneficiaries are served.