The Director General of Internal Security Organization (ISO), Brig. Gen. Ronnie Balya has said that ISO is working with other security organs to hunt down killers of sheikhs in the country. 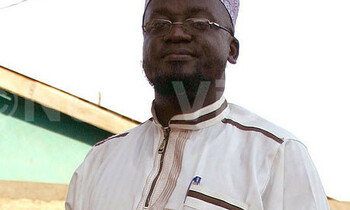 The Director General of Internal Security Organization (ISO), Brig. Gen. Ronnie Balya has said that ISO is working with other security organs to hunt down killers of sheikhs in the country.

Balya said that whereas ISO operatives are usually not in uniforms during operations, like Police and the army, they are always working hand in hand with other security organs to fight crimes including the recent murders of sheikhs.

He was responding to a story that ran in the New Vision of July 3, in which the Spokesperson of Uganda Muslim Supreme Council, Hajji Nsereko Mutumba complained that other security organs including ISO had abandoned Police in the hunt for the sheikhs’ killers.

“The intelligence services, like ISO are less visible because personnel are not uniformed but perform their mandate well in liaison with the Police and Army,” Balya said.

He noted that ISO also holds joint security meetings with other security organs at National, Regional, District and Sub County levels in line with the National Security Council Act 2000.

In the story Mutumba is quoted to have said, “I don’t know why today the Police are working in isolation. Where are the other security groups, like ISO?”

Mutumba raised the concern following the brutal murder of Sheikh; Hassan Kirya who was the spokesperson of the Kibuli based Muslim faction.

Unknown assailants gunned down Kirya at Bweyogerere trading center last week on Tuesday at about 10:00pm while he had walked out of his car to buy passion fruits at a roadside stall.

Mutumba had also expressed concern that the absence of other security organs in search for the Sheikhs’ killers was the reason Police were failing to apprehend suspects.

Kirya’s murder was the ninth of the sheikhs in the row since 2012. In most of the incidents no killer has convicted in the courts of law over murder.

Balya said, “In the joint meetings which sit regularly, we share intelligence on all threats before action is taken.


Related to the story

Sheikh Kirya was killed because of me – Kayihura

Sheikh Kirya feared for his life

ISO helping Police to track down killers of Muslim sheikhs