Most men in rural areas still refuse their wives to use family planning methods claiming that they may make them too fat or thin and also make them bleed for longer days during their menstrual periods. 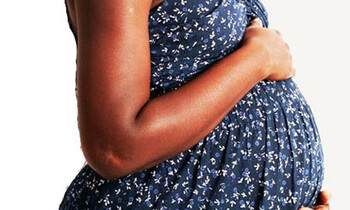 Most men in rural areas still refuse their wives to use family planning methods claiming that they may make them too fat or thin and also make them bleed for longer days during their menstrual periods.

The men also believe that a woman is supposed to produce as many children as she can and it is only God that should stop her from producing.

This was revealed by radio producers from six partner radio stations during the mentorship workshop on the healthy choices radio program.

Angella Godfrey, a radio producer in Moroto district said that in Karamoja region, many of the men still oppose use of family planning.

Adding "In fact, some of the men call on our radio stations abusing us for encouraging their wives to use modern methods of family planning which they say have side effects," said Angella

He pointed out that on average, a woman in this region can produce as many as 15 children yet most men do not want to provide basic needs for these children leaving the job of raising them to the women.

Angella however, noted that women in the districts know what they go through raising these children and have therefore embraced family planning; some visit health centers without the knowledge of their husbands and access family planning methods.

Jimmy Obaro, presenter  from Lira said that majority of the men in  Oyam district do not allow their women to use family planning methods citing cultural and religious reasons.

He explained that some women who have embraced family planning go to the health facilities alone but when their husbands find out, domestic violence erupts something that has increased gender based violence in the district.

Meanwhile, Isaac Eluluma, a presenter  from Katakwi district noted that though at the beginning of the project four years ago most men were against family planning, with massive sensitization, many of them have been able to embrace it.

He has hope that with continuous community sensitisation on the benefits of family planning, more men in rural areas will appreciate and embrace family planning methods.

Nankunda Allen, Executive Director, CDFU said that use of family planning methods  is a mainstream challenge for the entire country and it requires collective efforts to address it.

"We have been trying our best to reach out to communities educating them about the benefits of family planning. We shall continue conducting community dialogues reinforced by radio drama to encourage especially men to embrace family planning. With time, more couples will come on board," she said.

Kimuli explained that using entertainment helps listeners to understand health issues and it also models positive behaviours.
"This training is aimed at enhancing the capacity of producers and presenters in radio drama production. We want them to know how to package the radio programs using the serial drama combined with education in order to deliver messages and promote behaviour change among their target audience," said Kimuli.