Mandela 'continues to respond to treatment'

Nelson Mandela continues to respond to treatment but remains in a critical condition 34 days into his hospital stay, South Africa's presidency said Thursday. 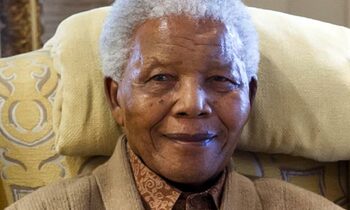 Nelson Mandela continues to respond to treatment but remains in a critical condition 34 days into his hospital stay, South Africa's presidency said Thursday.

On the day that the country marked 50 years since a police raid that led to Mandela's life sentence, President Jacob Zuma offered an upbeat assessment of the anti-apartheid hero's condition.

"Former President Nelson Mandela continues to respond to treatment, and is still in a critical but stable condition," the presidency said, after Zuma visited Mandela for the second time in 24 hours.

Mandela, who turns 95 next week, was rushed to a Pretoria hospital on June 8 with a recurring lung infection.

His health appears to have improved slightly in recent days.

Buyelekhaya Dalindyebo, who is one of Mandela's nephews and king of his Thembu tribe, told AFP on Wednesday that the former statesman was "conscious".

"He could not talk, but he recognised me and made a few gestures of acknowledgement, like moving his eyes," said Dalindyebo.

Doctors are said to have ruled out switching off Mandela's life support machines unless there is serious organ failure.

Court documents filed on behalf of the family last month described Mandela's condition as "perilous", with one claiming he was in a "vegetative state".

During Mandela's hospitalisation -- his longest since leaving prison in 1990 -- South Africans have marked a series of anniversaries of major events in the peace icon's life.

Anti-apartheid veterans on Thursday commemorated half a century since 18 members of Mandela's African National Congress were arrested in a police raid on Liliesleaf farm in Rivonia, near Johannesburg. The 1963 Rivonia treason trial that followed led to most of the activists being sent to Robben Island.

Mandela was already in custody at the time of the raid, but the documents seized during the swoop allowed authorities to try him again, leading to his 27-year imprisonment.

After his release, Mandela led negotiations to dismantle the white-minority regime and became the country's first black president after all-race elections in 1994.

Deputy President Kgalema Motlanthe said that Mandela was the only survivor missing from a commemoration Thursday, but he was there in spirit.

"He has always been present in many deliberations and today is no exception... even as we converse here his presence looms large in the background. That's really the measure of the man."

Some of Mandela's prison mates also marked the anniversary.

"Being one of the four surviving Rivonia trialists, he is unable to join his remaining comrades in commemorating this crucial milestone in the history of South Africans," it said.

The Liliesleaf farm was regarded as the "nerve centre" of liberation activity, where resistance strategies were discussed, including armed struggle.

Mandela lived secretly at the farm from October 1961 to January 1962, taking up a fake identity and dressing in overalls, before leaving to raise funds abroad.

It was at the Rivonia trial that Mandela gave his famous "I am prepared to die" speech, saying he was prepared to die for the ideal of a democratic and free society.

Amid an outpouring of tributes, prayer services are continuing to be organised and the public urged to do good deeds on his 95th birthday next Thursday. AFP

Mandela ''continues to respond to treatment''