Irene Ntale, a gifted, raw young thing who has slowly been finding her niche via her live acoustic sets, was signed up by Swangz Avenue recently. 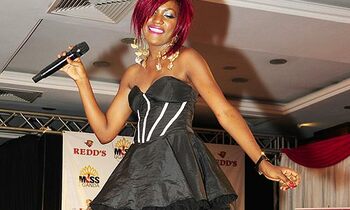 Rihanna’s performance at this year’s Grammys (she performed her song Stay) stunned everyone, both those watching live and the millions of viewers that tuned in.

Apart from how she sang the song and channelled its emotion so well, it was the ease with which she sang that blew people away (and the way she held that last note at the end).

“Why, for the love of the gods, doesn’t she sing like that more often?” I asked my colleague, while we watched a band on stage at Jazzville. His response was rather revealing: “She is signed to a record label, man. They decide what the market wants, and therefore they tell her what she should sing.

When Rihanna sang Stay at the Grammys, it was probably the first time she was performing something she could relate to in years.”

Record labels, eh? You sell your soul to them and all, but unless you are the kind of artist that has the negotiating ability (or clout) to insist on creative control, you will sing what they want you to sing, what they think the market place wants. Even Ray Charles, a man who was as wildly creative in terms of genre as anyone could ever be, struggled with the demands of Atlanta Records.

And this is Irene Ntale’s dilemma. A gifted, raw young thing who has slowly been finding her niche via her live acoustic sets, was signed up by Swangz Avenue recently. A few months later, we have Love Letter, one of the sleepiest songs you will probably hear this year.

Make no mistake, Irene tries hard in this song. Sitting through acoustic sets every week teaches you how to make almost any song work. There is even a ray of hope as the song’s first verse starts; you can hear her trying to up the ante, to make something of this abysmal tune.

And then suddenly, you are in the middle of a chorus that sounds like it was thrown in accidentally. Bebe Cool, with whom she duets on this track, is the vocal equivalent of a large empty space on this track.

While Irene tries desperately to make something that must have instinctively sounded woeful to her, Bebe doesn’t even get out of bed on this one. His contribution to this song is negligible, non-existent, void, blank, dead. He might as well have been singing on the moon.

It’s frustrating, really. Swangz Avenue are better than this; Benon, a talented developer of melodies, is miles better than this (and I strongly doubt he penned this, unless he wrote it at 2:00am in the morning after having gone without food for at least a week). To make it even more annoying, Bebe Cool is a good singer; the fact that he vanishes on this track is alarming.

But the biggest loser here is Ntale. For a singer who was finding her way, her move to Swangz Avenue suddenly looks like a mistake. The team at Swangz Avenue are experienced enough to know that Love Letter is a travesty of a song (if they are to be honest with themselves).

Irene Ntale is young enough (and talented enough as well) to bounce back from this mediocre outing. Swangz Avenue owes it to Irene to come up with better material, not just because they can (and we know they can because Swangz has given us some marvellous music over the years); it’s because this is a promise that they probably made to her while luring her away from the live music/acoustic set scene where she had such promise.

They owe her. Another song like this and they may as well all go jump off a cliff, it will hurt much less than watching a potentially wonderful career stall in this manner.