What's in the salt you use

Adulterated salt is on sale in Kampala, with stones visible to the naked eye. Sunday Vision bought several packets of salt from different shops and supermarkets across the city and each of them contained stones, some as small as the salt granules 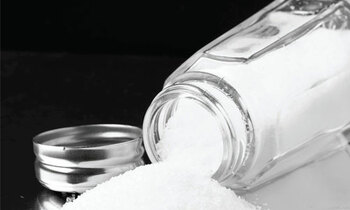 Adulterated salt is on sale in Kampala, with stones visible to the naked eye. Sunday Vision bought several packets of salt from different shops and supermarkets across the city and each of them contained stones, some as small as the salt granules.

Most of this packed salt is imported from Mombasa, Kenya, Sunday Vision further learnt. While some of this salt is branded, some of it does not have any labels, making it hard to know who the manufacturers of this salt are.

Sources say some of it is believed to be repackaged in Kampala or at the borders when the consignment is being transported into Uganda.

“There are unscrupulous people who for their own selfish interests, want to spoil the brands here because of the huge competition on the market,” a source disclosed.

When contacted on phone, Deusdedit Mubangizi, the testing manager at the Uganda National Bureau of Standards (UNBS) asked us to do a small experiment: Take two spoons of salt, stir it in water and sieve it. The small stones did not dissolve in the water.

“That means there is a problem,” Mubangizi says: “We are going to investigate. We also need to work with our border points and know if the salt is being adulterated before it gets into the country or after.”

Mubangizi added that there is also a possibility that during the manufacturing process, machines can easily break down, hence mistakenly integrating even the wrong elements in the salt. “But this should not be every day.”

The spokesperson of UNBS, Barbara Kansiime, says they had taken samples to the lab, and would soon avail a list of certified salt brands on the market. However, for over a month of calling and texting, we were not able to get the results of the samples tested.

‘Buy some five samples and bring them to us. We shall test them for you,” Mubangizi said on phone.


USEFUL TIPS
Detecting the adulteration in salt can be difficult. However, the public is cautioned to;• Be keen and study the packs on sale since they are normally transparent. • Be cautious of unsealed salt.• You can also dissolve just a spoonful of salt in water. White stony materials will go down to accumulate at the bottom of the container and the testing of the insoluble impurities could be carried out thus.

According to Section 11 of the Food and Drug Act, no person shall add any substance to food, use any substance as an ingredient in the preparation of food, abstract any constituent from food or subject food to any other process or treatment so as in any such case to render the food injurious to health, with intent that the food shall be sold for human consumption in that state.

The act also states that any person who contravenes this provision commits an offence and is liable on conviction to a fine not exceeding sh2,000 or to imprisonment of not more than three months or both.

Health risks
Dr. Moses Isyagi Micongwe, a pathologist who was formerly working at Kiwoko Hospital, but now works at Kigali Health Institute in Rwanda says: “When the stones settle in the appendix, they cause inflammation and you eventually suffer from appendicitis. They can also cause irritation of the stomach.

Micongwe adds that stones can also cause tooth damage. “They contribute to teeth breaking and eventually you have cavities.”

Appendicitis is an inflammation of the appendix, an organ that extends from the large intestine.

Up to about 65,975 Ugandans are diagnosed with appendicitis complications every year, according to country statistics by Right Diagnosis, an online international medical health database. Doctors agree that appendicitis cases are quite common, although not from stones only.

“The root cause of the appendicitis surgery is infections. When there is an infection, it affects the lymph nodes and they get swollen. Eating stones may not be the major issue, but if it is not followed, stones might trigger off the problem,” observes Dr. Jehoshaphat Jombwe of Mulago National Referral Hospital.

He adds that the inflammation can be detected through a pain in the lower right abdomen, a fever or vomiting as common signs.

If left untreated, an inflamed appendix will eventually burst, spilling infectious materials into the abdominal cavity, says Jombwe. This can affect the abdomen and can be fatal unless it is treated quickly.

No one seems absolutely certain what the function of the appendix is.

“One thing we do know: We can live without it with no apparent consequences. A swollen appendix can be treated with surgery,” says another doctor who prefers anonymity.

However, Dr. James Nyontintono, a surgeon at Kiwoko Hospital, observes that not all stones go into the appendix. “Mainly you pass them out as stool.”

What''s in the salt you use