The International Criminal Court (ICC) has assured African Countries of impartiality in the execution of its mandate. 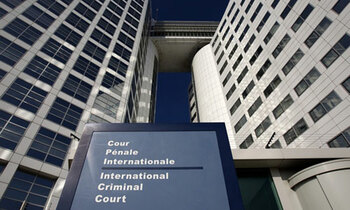 The International Criminal Court (ICC) has assured African Countries of impartiality in the execution of its mandate.

A statement issued by the public affairs unit of the court reiterates commitment to cooperate with the African Union.

Full Statement
The Presidency of the International Criminal Court (ICC) issues the following statement in light of reports on discussions concerning the ICC at the recent Summit of the African Union held in Addis Ababa, Ethiopia:

“The International Criminal Court acknowledges and respects the African Union’s important role as the continent’s main regional organization. As an impartial international judicial institution, the ICC, including its independent Office of the Prosecutor, strives to maintain good working relationships with all relevant international and regional bodies, including the African Union. The ICC’s relationship with Africa is all the more important considering that 34 African countries are States Parties to the Rome Statute of the ICC. In addition, the majority of the Court’s current investigations were initiated following referrals or requests from the African States in question.

The ICC operates strictly within the mandate and legal framework created by the Rome Statute, the founding treaty of the Court, and cannot take political factors into account. Decisions are taken independently on the basis of the law and the available evidence and are not based on regional or ethnic considerations. Judges are the guarantors of the fairness of proceedings before the Court, from the authorisation of investigations to the confirmation or non-confirmation of charges and decisions on guilt or innocence.

It must be recalled that cases before the ICC are not only about the suspects or the accused; they also concern the thousands of victims affected by the events under the ICC’s jurisdiction, many of whom are represented in the various proceedings with the help of legal assistance provided by the Court.

The ICC does not replace national jurisdictions; it only complements them when necessary. The Rome Statute defines the criteria for deciding whether cases should be tried before the ICC or in a national judicial system, and this determination is made through a judicial process by independent judges of the ICC. In all proceedings before the ICC, suspects as well as concerned States have the possibility to address these matters in accordance with the Rome Statute and the Rules of Procedure and Evidence.

The Presidency stresses that the ICC is an independent institution that has a specific, judicial mandate created by States determined to end impunity and to contribute to the prevention of the most serious crimes of concern to the international community as a whole. The ICC counts on the continued support and cooperation of its States Parties in accordance with the Rome Statute and remains fully committed to a constructive and cooperative relationship with the African Union.”