Significant ultraviolet radiation damage to skin can still occur hours after its exposure to sunlight, scientific researches have determined. 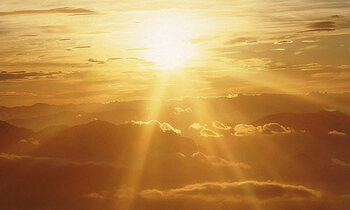 Significant ultraviolet radiation damage to skin can still occur hours after its exposure to sunlight, scientific researches have determined.

Exposure to sunlight or tanning lamps can damage DNA in melanocytes, the cells that pigment skin by producing melanin which gives skin its color, and that damage can occur not just during exposure but after, according to a study in the latest edition of the journal Science, published Friday.

Such DNA degradation is a major cause of skin cancer, the most common form of cancer in America.

Until now, scientists believed melanin largely protects the skin by blocking the sun's ultraviolet rays. But research has also suggested the substance could be linked to skin damage.

In the latest study, scientists including Dr. Douglas Brash, professor of therapeutic radiology at the Yale School of Medicine, exposed mice and human melanocyte cells to ultraviolet radiation from tanning lamps.

The radiation caused a specific type of DNA damage, known as CPD, which prevented the genetic information contained in the cells to be transmitted correctly.

But researchers were surprised to find that the melanocyte DNA was not only damaged when exposed to UV radiation, but that the phenomenon persisted for hours after exposure.

"If you look inside adult skin, melanin does protect against CPDs. It does act as a shield," said Brash, who is also a member of Yale Cancer Center.

"But it is doing both good and bad things," he said.

The research measured the extent of damage to the melanocytes after exposure to ultraviolet radiation, which prevented normal DNA repair in mice.

The researchers determined that about half of the DNA damage occurred in the dark, after exposure to ultraviolet light.

They found that the UV rays would activate two enzymes that combined to "excite" an electron in the melanin.

The energy created during this process was transmitted to the DNA in the dark, leading to the same genetic damage suffered during daylight exposure.

While the discoveries are disconcerting, the study said the chemical process is slow, and that the phenomenon could be neutralized by preventive tools including "evening-after" sunscreen which could block such energy transfers.