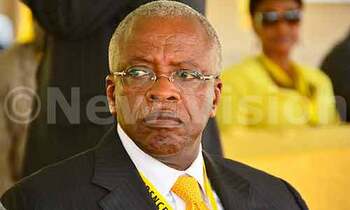 National Resistance Movement (NRM) and the Attorney General (AG) were dragged to court on December 24, last year by Benjamin Alipanga, a student of Kent University seeking courts order to stop the approval of the newly appointed leaders.

The interim application is expected to be heard at 2:30pm by Acting Deputy Chief Justice Steven Kavuma.

Alipanga sought to annul the outcome of the party’s delegates’ conference that was held on December 15 last year that saw the amendment of the party’s constitution giving the party Chairman, President Museveni powers to appoint key secretariat leaders.

Alipanga filed the petition, saying that whatever happened at Namboole on December 15 last year as “unconstitutional”, “illegal”. He is also challenging the entire process through which the Party Chairman nominated four new NRM party office bearers.

Following their appointment, they were expected to be approved and sworn in by the Central Executive Committee (CEC) this Thursday before officially commencing their work.

But the exercise which now hangs in balance will depend on court’s ruling.