The private agency that acts as a gatekeeper for the Internet on Wednesday said that hackers tricked their way into its computers. 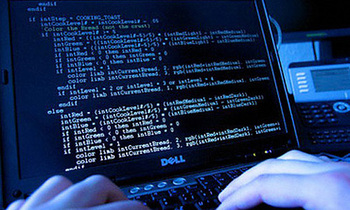 The private agency that acts as a gatekeeper for the Internet on Wednesday said that hackers tricked their way into its computers.

A "spearfishing" attack aimed at US-based nonprofit Internet Corporation for Assigned Names and Numbers (ICANN) hooked staff members with emails crafted to appear as though they were sent from peers using "icann.org" addresses, according to a blog post.

"The attack resulted in the compromise of the email credentials of several  ICANN staff members," ICANN said.

It appeared that the attack commenced in November. Typically, spearfishing attacks dupe people into clicking on links to what appeared to be legitimate email log-in pages but aren't or open attached files booby-trapped with viruses.

The ruse won hackers ICANN email user names and passwords, giving the intruders control of accounts and keys to reaching deeper, according to the blog post.

User names and passwords were used this month to access a Centralized Zone Data System, where hackers could get hold of files about generic top-level domains as well as names, addresses, passwords and other valuable information about users, according to ICANN.

Hackers were also said to have used compromised passwords to get into an ICANN wiki page; its blog, and a Whois index of registered owners of web addresses.

The blog and Whois did not appear to have been tampered with, according to ICANN, which provided no insight was provided into who was behind the attack.

ICANN believed that security enhancements made earlier this year limited how deep hackers could dive into its computers. More defense measures have been instituted since the hack, according to ICANN.

The organization's chief security officer is Jeff Moss, who founded the notorious annual Def Con gathering of hackers in Las Vegas and has the hacker name Dark Tangent.

ICANN, which is in charge of assigning Internet domain names, is expected to break free of US oversight late next year.

Washington said in March it might not renew its contract with the Los Angeles-based agency, provided a new oversight system is in place that ensures the Internet addressing structure is reliable.

The agency plans to submit a proposal on oversight to the US Department of Commerce next year.