Facebook on Monday completed its $19 billion buy of mobile messaging application WhatsApp, appointing one of the startup's co-founders to the social network's board as part of the deal. 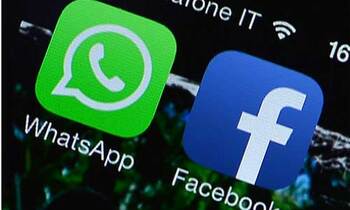 SAN FRANCISCO - Facebook on Monday completed its $19 billion buy of mobile messaging application WhatsApp, appointing one of the startup's co-founders to the social network's board as part of the deal.

"We are looking forward to connecting even more people around the world, and continuing to create value for the people who use WhatsApp," Facebook said in a statement emailed to AFP.

Along with joining the Facebook board of directors, Jan Koum will remain chief of WhatsApp.

Koum's salary will be a dollar a year, according to a filing Monday with the US Securities and Exchange Commission. The symbolic annual pay mirrors that of Facebook chief Mark Zuckerberg.

European Union regulators on Friday cleared the buyout of the WhatsApp mobile messaging service by Facebook, despite opposition by telecom companies afraid of the growing power of US technology giants.

In a statement explaining its approval of the $19-billon (15-billion-euro) deal, the European Commission, the EU's executive arm, said Facebook and WhatsApp were "not close competitors" and that consumers would continue to have a "wide array of choices".

"We have carefully reviewed this proposed acquisition and come to the conclusion that it would not hamper competition in this dynamic and growing market," EU Competition Commissioner Joaquin Almunia said in a statement.

Facebook, the world's biggest social network, announced the buyout of the WhatsApp messenger service, used by 600 million people, in February and US authorities approved the deal in April.