UKRAINE and pro-Kremlin insurgents appeared to be observing a truce on Saturday that could stem five months of bloodshed, but failed to head off fresh Western sanctions against Russia 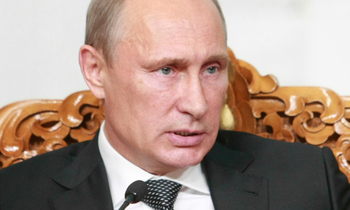 UKRAINE and pro-Kremlin insurgents appeared to be observing a truce on Saturday that could stem five months of bloodshed, but failed to head off fresh Western sanctions against Russia and is unlikely to quell the separatist drive in the east.

The 12-point pact signed on Friday in the Belarussian capital Minsk is the first to be backed by both the Kremlin and Kiev since bands of Russian-speaking militias seized a string of government buildings across Ukraine's industrial heartland in early April.

But highly sceptical Western leaders nonetheless decided to punish Russian President Vladimir Putin for his efforts in supporting the rebels by beefing up sanctions on Russia's most crucial state firms.

"The only reason that we're seeing this ceasefire at this moment is because of both the sanctions that have already been applied and the threat of further sanctions," US President Barack Obama claimed.

With the rebels winning notable gains in recent days and Russia outwardly defiant over the impact of earlier sanctions, there was little sign the ceasefire would put an end to the eastern insurgency.

The closely coordinated steps by Washington and the European Union target Russia's cash-generating energy and defence sectors while taking aim at the overall economy by limiting Moscow's ability to raise funds in the West.

Obama said these measures were needed to ensure Russian "follow-through" on the peace plan, although the West remains painfully aware that its previous attempts to pressure Putin have met with little success.

EU diplomats said their "agreement in principle on new sanctions" would be officially implemented in writing on Monday.

And, at its Wales summit, NATO also approved a "spearhead" force of several thousand soldiers that would maintain a "continuous" presence in eastern European nations that view Putin's intentions with dread.

Britain confirmed it could contribute 3,500 troops to the new force, and put a second aircraft carrier into service, with Prime Minister David Cameron saying NATO "must be able to act more quickly".

AFP reporters near the latest eastern Ukrainian hotspots said that guns that had been blazing in the early morning fell silent when both sides ordered a halt to fire at 1500 GMT.

The peace blueprint -- its initial terms unveiled by Putin this week after telephone talks with his Ukrainian counterpart, Petro Poroshenko -- could leave separatists in effective control of a region that accounts for one-sixth of Ukraine's population and a quarter of its exports.

It was drawn up during a surge in tensions as the rebels launched a lightning counter-offensive that saw a dramatic reversal of fortunes for the Ukrainian army. NATO says the rebels were bolstered by heavily-armed elite forces from Russia.

Under the deal brokered by the OSCE European security body, both sides have agreed to start pulling back their units and exchanging prisoners on Saturday.

Russia was also allowed to supply stricken cities with humanitarian aid which Kiev had previously blocked out of fear the convoys could be used to smuggle weapons.

But the agreement leaves Poroshenko exposed to charges of signing off on Kiev's surrender and failing on his May election promise to reunify the nation of 45 million.

Kiev had little room for manoeuvre. Ukrainian Prime Minister Arseniy Yatsenyuk said the deal required US and EU backing because Kiev could "not manage with Russia on our own".

The US Pentagon warned on Thursday that 10,000 Russian troops massed on the Ukrainian border were "more lethal than anything that we've seen up until now".

The Kremlin counters that Washington and its allies have concocted evidence about Russia's involvement in the conflict.

Putin's official spokesman said he expected the ceasefire to be "thoroughly implemented" and that all sides would continue talks to reach a "full settlement".

The pact has done little to calm the separatist passions of insurgents in the east. They remain deeply mistrustful of the nationalist-leaning team that now runs the government in Kiev.

The fighting has killed nearly 2,800 people and sent at least half a million fleeing their homes. Dozens of towns and cities now stand in ruin, and once-powerful factories and coal mines that form the backbone of Ukraine's economy have ground to a halt.

Rebel envoy Igor Plotnitsky said only a separatist government with plans to become a formal part of Russia had the trust of locals after weeks of heavy shelling by government forces.

"(The) ceasefire does not mean a change in our goal to split from Ukraine," Plotnitsky told reporters in Minsk.

OSCE officials said the future status of the self-proclaimed rebel "republics" in Donetsk and Lugansk were not discussed in Minsk.

A source close to the negotiations told Kiev's pro-government Ukrainska Pravda news site that the framework agreement reserves "special status for parts of the Donetsk and Lugansk regions".

There are also doubts about whether the loose band of rebel field commanders will listen to the politicians who approved the pact.

A unilateral truce Poroshenko declared in June was initially backed by the rebels' political leadership and endorsed by Moscow, but collapsed 10 days later as militant attacks continued.