African football governing body CAF have rejected an appeal by Rwanda against their disqualification from the 2015 Cup of Nations qualifiers. 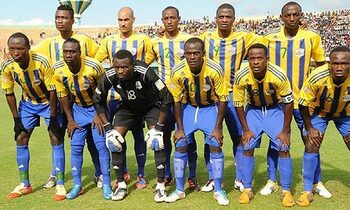 JOHANNESBURG - African football governing body CAF have rejected an appeal by Rwanda against their disqualification from the 2015 Cup of Nations qualifiers.

The decision means Congo Brazzaville will compete in Group A with title-holders Nigeria, South Africa and Sudan.

Rwanda were thrown out of the qualifying competition for using dual-identity player Dady Birori-Etekiama Agiti Taddy in preliminary-phase aggregate victories over Libya and Congo Brazzaville.

A Libyan appeal to CAF against the striker failed, but one by Congo succeeded.

Birori becomes Taddy when playing for Vita Club in his native Democratic Republic of Congo.

He holds Rwandan and DR Congo passports with different dates of birth -- one claims he is 24 and the other that he is 28.

Birori, who has been barred indefinitely from playing for Rwanda or Vita, has not publicly explained why he uses two names.

CAF said in a statement that Rwanda fielded Birori while aware of his double identity.

Rwandan media reports have hinted that football officials may now appeal to the Switzerland-based Court of Arbitration for Sport (CAS).

The Cup of Nations group phase kicks off on September 5.