The 10 days for the forthcoming national housing and population census enumeration will not be public holidays. 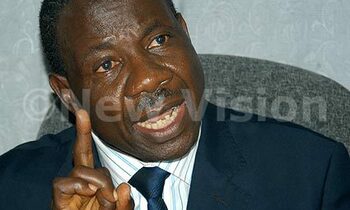 The 10 days for the forthcoming national housing and population census enumeration will not be public holidays and enumerators will move from door to door to cover all the households in the country, the state minister for finance in charge of planning Matia Kasaija has said.

Speaking shortly after briefing the parliamentary committee on finance on the census that will be held from August 28 to September 06, 2014, the minister further informed New Vision that all the persons who will have spent the census reference night in Uganda will be enumerated.

“At the individual level, the census will collect information on demographic and social characteristics, residence and migration characteristics, parental survival, disability status, education and field of specialization, economic activity, fertility and childhood mortality,” he explained.

At the household level, Kasaija said, the census will collect information on housing conditions, household assets and amenities; distance to social service facilities, household based agricultural activities and deaths in the household.

The executive director of the Uganda Bureau of Statistics (UBOS), Paul Mungyereza, told the committee that the census which will the 10th to be conducted in Uganda in 102 years, will consume approximately sh200b, up from sh190b.

He since 2008 they have spent sh100b on the exercise and that sh80b will be sent to the chief administrative officers spearheading the activity in the districts.

“We are going to put this money to good use. This is an important national exercise that supports planning and evidence-based decision making at all levels. The exercise therefore needs to be supported,” he told the committee chaired by the Kyaddondo North MP Robert Ssebunya.

Mungyereza explained that census enumeration materials are currently being delivered to districts and that this is expected to be completed by end of this month.

“District census offices have already been established in each district to spearhead the activity in the district. These offices are headed by the respective chief administrative officers. District and sub-county supervisors were duly nominated from the government establishment,” he stated.

He, however, said parish supervisors and enumerators are currently being recruited from the public.

“Training of field staff to carry out the enumeration is at different levels and it is ongoing. This will be completed in August 2014 towards enumeration,” he said.

In July, over 100,000 people will be recruited as enumerators and supervisors. Each enumerator will receive a pay of sh200, 000, in addition to a daily allowance, meals and transport refund.

He appealed to the government to provide funds for the underfunded activities such as the national manpower survey (sh6b) and the national service delivery survey (sh2b) so that they can urgently be undertaken.

A census is conducted every 10 years to provide an accurate account of people, where they are and what their needs are.

The census acts as a measure of the service delivery and aids future planning for the country’s population.

Data processing will take a year (September to December 2015). The 2014 census is the 5th post-independence survey and the 2nd to be conducted by UBOS.  It was meant to be held in 2012 but was been postponed for two years.

The last census carried out by the bureau in 2002, put Uganda’s official population at 24.2million people.

National census to start on August 28