It's not just about language. It's identity. Don't simply wish it away. 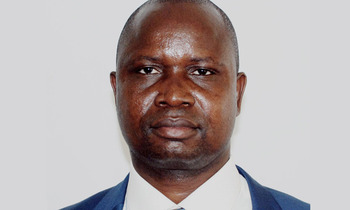 I was engaged in a social media debate about how my mother tongue/ language Ateso was being abused by many organisations especially those engaged in the media and advertising business.

Let's not dwell much on MTN because they were kind enough to apologise on social media (though the apology itself also referred to us as Itesot community instead of Iteso Community) and they also pulled down the advert. Fair enough.

May I, now invite you, to appreciate my central argument in this discourse - inclusiveness. Goal 8 of the UN's Sustainable Development Goals is about sustained inclusive and sustainable economic growth, full and productive employment and decent work for all.

This goal emphasises the question of leaving no one behind. Inclusiveness is, therefore; a prerequisite for sustainable development.

This common respect is what should define what we do and how we do it. Culture and identity is where we are getting it wrong. They have been ascribed negative connotations and thus undermining their power and influence in mobilising people for positive things.

Indigenous languages are being eroded terrifically resulting into people who have lost their values that defined and promoted social cohesion. Our country has a challenge of not promoting local languages seriously. They have been left at the clemency of other factors.

But we can do better. The media and other corporate entities should start by valuing experts in the indigenous languages. They are many. Valuing experts only makes you a serious entity and ensures that what you communicate makes sense to those you target.

Why would anyone raise a billboard in Moroto shouting Obulamu? It implies that in our service delivery, we are preoccupied with outputs and not outcomes. Output is about numbers. So, you for instance, make 100 billboards and distribute regardless of the context. Instead of communicating, the billboards will be decorative pieces of art in Moroto yet localising (there are many experts in Nga'karimojong) the message would be better.

We can only use experts if we deal with our attitudes. Some of us believe we are more important as individuals or groups than the others and that our languages are superior to others. Remember SDG goal number eight. Let's have everyone on board.

It doesn't cost too much to reach out to the office of the Prime Minister of Buganda or a school of languages to have a proper translation of materials for mass media consumption in Buganda.

It's only inveterate pride and even haughtiness for a chap from Teso with no or little exposure to Runyankore—Rukiga, to masquerade as a good translator of Runyankore or Rukiga

Mind you, it's not just about language. It's identity. Don't simply wish it away. We should never undermine or take for granted local languages or groups. If a corporate organisation wants meaningful mobilisation and message appeal, they should be conscious to language use.

Lastly, prudent human resources management in entities that care about creating a performance environment, inclusiveness will ensure different cultures and values are emphasised in talent identification. Illustratively, when an organisation in our context has Bakiga, Ik, Bakonjo, Alur, Basoga, Samia, Bagisu, Acholi, Lango, Sabiny, Iteso, Lugbara, Baganda, Banyankore, Madi etc in its employ, chances are that it will have an innovative value.

That blend benefits an organisation. That is the power of inclusiveness for you.