This important convention is a platform to lobby and negotiate for funding from developed countries to support habitats on the priority list. 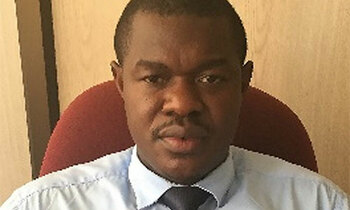 After the successful Johannesburg CITES COP17 conference on international wildlife trade policy that underscored the ecological importance of pangolins, parrots and other species by banning trade in these species through Appendix I listing, conservation in Uganda has yet another chance to take giant benefit strides. Between, December 4-17, 2016, the conservation fraternity across the world will descend on the Mexican city Cancun for high-level policy meetings and negotiations for biodiversity protection. This meeting, the United Nations Convention on Biological Diversity (CBD) COP13 has outstanding implications for future finance and policy directions in relation to biodiversity conservation including wildlife.

This important convention is a platform to lobby and negotiate for funding from developed countries to support habitats on the priority list. Previously such negotiations have resulted in the signing of key protocols like the Nagoya Protocol which allows for equitable benefit sharing of biodiversity resources and the Cartagena Protocol that protects our biodiversity and agriculture from being exposed to GMOs that could impact our precious resources. These protocols have been successful in guiding resource access to communities with an emphasis on economic benefits for citizens around protected areas.

Team Uganda to Cancun will be led by the Minister of Water and Environment as the Head of Delegation and will comprise ministers, Members of Parliament and technical officers from various ministries, conservation agencies and organisations to make a case for the country.  Team Uganda is only one of the 196 countries involved in this key decision-making conference with four high value meetings happening concurrently for the different layers of technical staff with a high level Ministerial Segment.

The Convention on Biological Diversity originates from the 1992 Rio Earth Summit where 150 World Leaders signed a Declaration committing to promotion of sustainable development. It was conceived as a practical tool for translating the principles of Agenda 21 into reality. The Convention recognizes that biological diversity is about more than plants, animals and micro organisms and their ecosystems - it is about people and our need for food security, medicines, fresh air and water, shelter, and a clean and healthy environment in which to live.

Within the CBD framework, the National Environment Management Authority (NEMA) is the focal point for the Convention in Uganda but in implementing the convention decisions and resolutions NEMA works with various agencies and institutions. Uganda Wildlife Authority (UWA) is for instance the focal point for Uganda on the Program of Work on Protected Areas. One of the key achievements to date from Uganda's active involvement in the Convention has been securing funding to the tune of $3m from the World Bank/UNDP GEF to implement a Project for the Conservation and Sustainable Use of the Threatened Savanna Woodland in the Kidepo Critical Landscape in North Eastern Uganda.

This project under implementation by UWA, NEMA, NFA and local governments recognizes that the Kidepo Critical Landscape of North Eastern Uganda, encompassing eight protected areas under a range of management authorities has received limited investment over the past 20 years due to protracted conflict, and proportionately suffered from lower management effectiveness compared to other sites.

It's hoped that more discussions for GEF II will happen at the upcoming CBD COP13 meeting that will give the country another large grant for biodiversity conservation. These funds will do a lot for Uganda's Kidepo landscape and the surrounding districts of the park, not to mention the important benefits that will accrue for habitat protection in the country.

For Uganda Wildlife Authority, therefore, the conference is timely to make a strong case for conservation considering the emerging challenges to keep habitats safe. The effects of climate change are real and more visible today. Such ecosystem changes have affected species distribution in national parks and have exacerbated the increase of invasive plants. Animal ranging habits have been distorted altogether, which greatly impacts not only their feeding but visibility patterns to tourists. Though UWA has a fully developed Invasive Species Management Strategy that addresses the interventions and mitigation measures for climate change, it needs funds to fully operationalize it.

Among the highlighted will include making tangible plans to combat climate change and wildlife security including developing novel strategies that can be implemented in our habitats. In addition, a key aspect of the meetings will be to draft policies that will enlist participation of gender responsive conservation that underscores the critical role of women in sustainable use of habitats. Women make great change agents in protection of biodiversity hotspots but their role is sometimes sadly relegated at the rear.

Other issues that will be discussed include development of scientific tools and technologies to bring us up to speed with latest technological advances that can be bench marked for biodiversity. Efforts to progressively improve aerial patrol and coverage for example are already under way in some national parks like Lake Mburo and Murchison falls whose staff are piloting drone technology.  A lot more however is still desired and more sophisticated technologies advances are yet to be employed.

Improved strategies on how values can be transferred to people such that biodiversity schemes can help in poverty reduction for communities will be an interesting debate for our communities. Uganda specifically will look forward to strengthen stakeholder co-ordination frameworks for biodiversity management. Forming synergies to counter the shared burdens and reduce duplications so that these scarce resources are put good use, is crucial.

Our country aims to promote sustainable and equitable sharing of biodiversity both in costs and benefits and this conference will highlight the successes and challenges in this area. We will also work with our international partners at this convention to ensure that oil exploration and production are guided through biodiversity friendly regulations.  Here, our team will identify opportunities to strengthen the interaction between biological and cultural diversity and harness the blossoming tourism in Uganda.

With these key policy issues in mind, we stand a lot to learn and benefit from this year's two cycle convention. A busy day in office awaits team Uganda for conservation.