The dynamics of religion, politics in US

The first strategy Trump seems to have employed was the appointment of his running mate, a Roman Catholic altar boy turned Evangelical protestant. 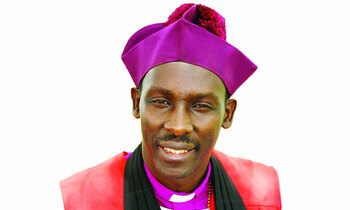 Prior to the US Presidential elections, I argued that although the Evangelicals in USA were disillusioned with either choice of Trump or Hillary Clinton, the majority preferred to back Trump since he pledged to promote a conservative political religious agenda as opposed to the secularist and humanistic liberal agenda touted by Democrat Hilary Clinton and his god father president Barrack Obama.

When I summed up my argument in same article that, it will be interesting to note if the Evangelicals and fundamentalist will shake the Democratic machinery that is behind Hilary Clinton and propped by CNN and mass media fraternity; little did I realize that the Evangelicals and conservatives constituted a mass movement.

Nobody saw it coming: the seasoned pollsters, academia, political, Hollywood stars, cable news net works like CNN and lead newspapers like New York times. Ugandan acclaimed news analysts like Opiya Oloya, Munini Mulera, John Nagenda and Hon.Mary Karoro Okururt were carried away by the non-stop Hilary roller coaster gravy train. Not to be  out-done in the race for a Hilary Clinton presidency prediction was a famous Nigerian celebrity and mega rich Pentecostal pastor TB Joshua of the SCAN (Synagogue Church of All Nations, Lagos, Nigeria) who added a biblical dimension to the plot by prophesying that in his dream he had seen the figure of a woman saying, ‘I saw the new president, by the way in order not to keep you in suspense, what I saw is a woman' All this was never to be !

The first strategy that Trump seems to have employed was the appointment of his running mate, now Vice President designate Michael Pence, a Roman Catholic altar boy turned Evangelical protestant to win over the mainly conservative forces. Exit polls showed that an overwhelming 80% of white Evangelical voters, who made up 25% of all 2016 voters, supported Trump. Polls also showed that Trump recaptured the Catholic vote that was previously won by Obama for the Democrats. Who knows? Perhaps the 7th Nov. 2016 fake social media message head-lined: Pope Francis shocks the world, endorses Trump might have filtered to the Catholic faithful.

During campaigns ,Trump addressed a gathering hosted by conservative Christian activist organization, United in purpose by saying,' There has been no public reference to Clinton's religion and that she would not protect religious liberty since she had been selling Christianity and Evangelicals down the tubes'. Although Clinton is a self-confessed Methodist, to the electorate, Trump was considered more religious and though he married his most recent wife Meleine in an Episcopal Anglican church, serial monogamy is not frowned upon by American Evangelicals as it is in Uganda.

Trump's icing on the cake was in winning over Evangelicals and conservative Christian political forces that consider the bible the basis of Western European civilization, including the legal and justice system. Donald Trump recently announced that he would move aggressively on a conservative agenda in filling Supreme Court vacancies.

This point becomes clear when one takes in to account the million dollar court cases that conservatives in the Episcopal Anglican Church of USA lost to liberal leaning congregations at the hands of liberal Justices. As result liberal minorities retained church ownership while majority conservatives left their mother churches, on grounds of objecting to same sex doctrine and/ or gay marriages.

It remains to be seen whether these land mark cases will be rescinded, as it seems USA law largely depends on the wisdom of the Justice bench, but in the mean-time, it is a pointer to the re-emergency of a certain measure of conservative Evangelical freedom of worship and expression of religious opinion which had been muzzled by the dictatorship of the minority liberal justices.

On the other side of the Atlantic, I can foresee a more relaxed stance on American foreign aid or support to Africa, if any, in not being restricted to our support of LGBT sexual rights as was the case with the democrats. It is not difficult to understand why the biggest protests are based in New York, California and other suburban areas, while the silent majority, as one pro-Trump banner read, mainly residing in the Bible belt and other rural areas, are committed to the return to conservative values bequeathed to these by one founding fathers of America. It is for this reason that Trump who, despite being demonized by the media, seems to have been viewed by Evangelicals as a messianic figure that came speaking in biblical figurative language of draining he Washington DC Sujamp that was propagating humanistic and secular liberal values espoused by the leftist Democratic liberals

The writer is the Bishop of Ankole Diocese