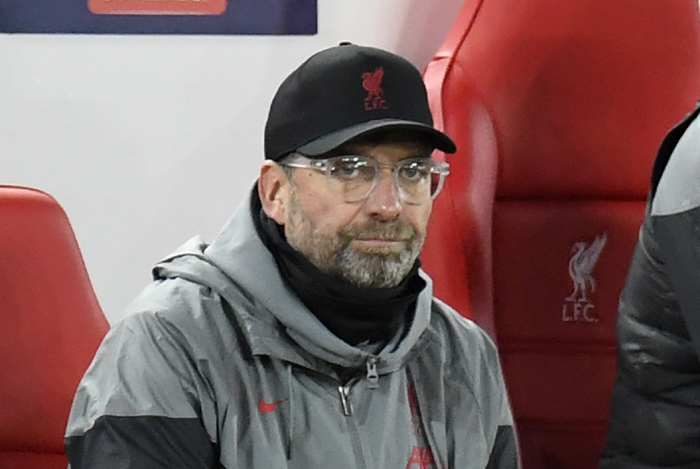 Liverpool boss Jurgen Klopp said it was vital not to rush players back from injury too soon despite the hectic schedule as he juggles with a lengthening injury list.

Brazilian midfielder Fabinho, filling in for the absent Virgil van Dijk and Joel Matip in central defence, limped off in the first half of Tuesday's Champions League match against Midtjylland with a muscle issue.

Liverpool face a nervous wait to find out the extent of the injury, with Van Dijk already set to miss months of action after suffering a serious knee injury.

Klopp has also been without the services of Kostas Tsimikas, Thiago Alcantara and Naby Keita for varying lengths of time.

Teenager Rhys Williams, who came on for Fabinho, could make his Premier League debut against West Ham on Saturday, with Klopp unsure whether Matip will be available.

"If it would be only one game we play, if it was the last game of the season, then I think we could make probably one or the other fit for one game," he said.

"But then we play three days later again (at Atalanta) and we need again players.

"The players who are now injured, we cannot use them on the first day of being fit again, or not injured any more. They need then a proper build-up for the rest of the season, and that's what we try."

Klopp opted to start Tuesday's match with Mohamed Salah, Sadio Mane and Roberto Firmino on the bench and Liverpool failed to register a shot on target in the first half.

But Diogo Jota tapped home in the 55th minute after good work by Trent Alexander-Arnold and Xherdan Shaqiri, and substitute Salah converted a stoppage-time penalty in a 2-0 win.

The result leaves Liverpool two points clear at the top of Group D after winning both of their first two matches.

"That's the moment," said Klopp. "It's just a tricky one -- a lot of games, player after player says goodbye for a while (with injury) and then we still have to play the next game, and in our case we have to win it.

"We try with all we have and I'm really happy with that."