This means that they are operating contrary to what the law permits.

"I need them to appear next Tuesday to answer the allegations without fail," Nakiwala said.

The minister said this after receiving a report on the status of child orphanage homes in Wakiso district presented to her by the gender development services committee.

The development services committee headed by Richard Wamala told the minister the alleged child rights violation include feeding children only a meal per day, and boys and girls sleeping in one facility which is contrary to the law.

At least a child deserves three meals per day and the right to privacy for both sexes.

Wamala said the committee monitored the activities of the four and found that they were not following the law as prescribed by the standard guidelines governing the management of children's homes.

They called on the minister to intervene thus the summons. 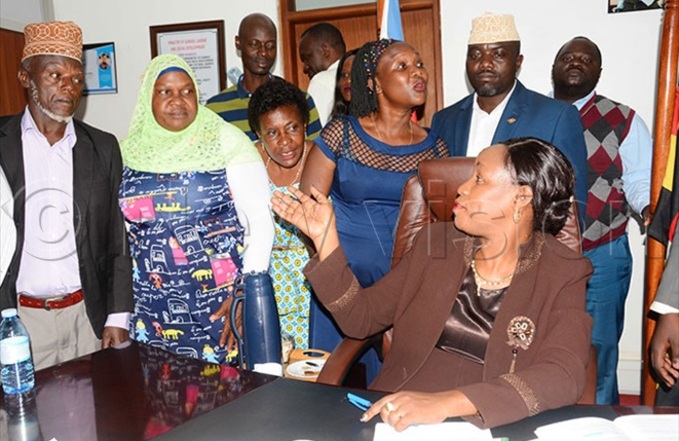 The committee also informed the minister that some orphanage homes are operating illegally because their licenses have expired.

This prompted Nakiwala to direct the Wakiso district authorities to close those operating illegally.

"I am empowering the committee and district authorities to go and close those operating illegally," Nakiwala said.

"Those with certificates that have expired, I have directed the Wakiso district authorities to ensure that they don't act against the law and henceforth get closed," she added.

Wamala told the minister that there are about 20 organisations operating illegally.

The minister asked the committee to dedicate Tuesday to handle children's affairs in the district because the Cabinet okayed it.

This is why Nakiwala's office is open to the public every Tuesday of the week for her to hear complaints about children's affairs and others.

Wamala appealed to the minister to increase funding for monitoring as his committee is financially handicapped and can't conduct monitoring exercise in the whole of Wakiso district which has a population of 2m people.

The commissioner for youth and children affairs, Fred Ngabirano urged the Wakiso district gender committee to work with competent civil society organisations dealing with child rights so that they can share experiences and exchange information as well as devise strategies on how to manage community-based organisations which are violating children's rights.

He noted that the civil service workforce is only 370,000 civil servants and can't be everywhere for the 40 million Ugandans that is why civil society organisations are critical to complement government efforts.

Lake Katwe sale to be readvertised