Entrust women with leadership to stem corr...
Next Story

Uganda Tourism Board is determined to promote the destination as a birders paradise boasting 50 percent of the birds in the world's 2250.

Uganda Tourism Board is determined to promote the destination as a birders paradise boasting 50 percent of the birds in the world's 2250.

Uganda Women Birders Association (UWGA) with a membership of more than thirty dedicated participants has impressed the visiting destination dealers from USA, UK, Greece and India during the concluded Pearl of Africa Tourism Expo, organised by Uganda Tourism Board that lasted for 14 days.

"Yes we can," said Varvara Trigkou from Greece. "We need to consult our counterparts in order to emulate them back home. The trade has been dominated by men from time immemorial. There are birders who are not comfortable with male guides besides women being hospitable."

This was revealed at the Uganda Wildlife Education Centre Floating Hotel in Entebbe during the clinics where participants shared experiences.

"Besides that, Uganda will remain engraved on my mind for the rest of my life because of the migrant birds I saw at Queen Elizabeth National Park," added Trigkou. "It was amazing to learn they flee the harsh weather and settle here for refuge. They return in summer!" 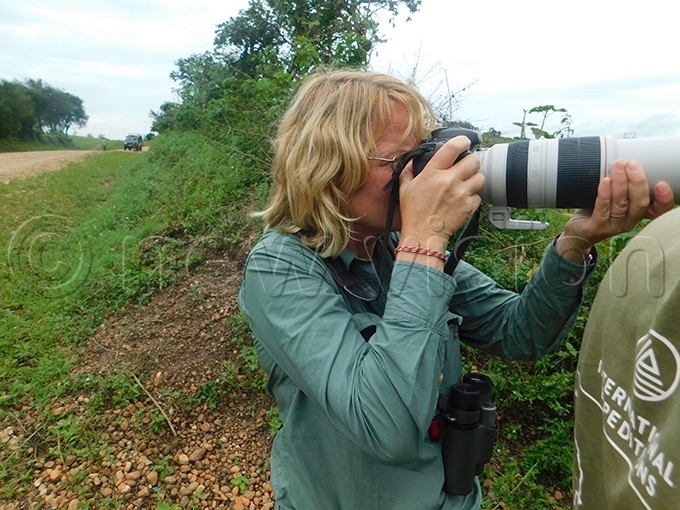 "This destination is gifted. Where else could a honeymooner dream of going but Queen Elizabeth National Park. A boat ride on Kazinga Channel treats you to mammals, reptiles, birds and scenery in one frame," said Kieskamp. In this selfie era who would not want a gorilla, giraffe or Nile crocodile in their selfie?"

The good news came as they returned from upcountry to Entebbe that one of the gorillas had given birth. The mother and the newborn were in excellent health.  One of the groups of destination dealers was guided by UWGA vice-chairperson Prossie Nanyombi.

The host Uganda Tourism Board's marketing manager Claire Mugabi said they are determined to promote the destination as a birders paradise boasting 50 percent of the birds in the world's 2250. 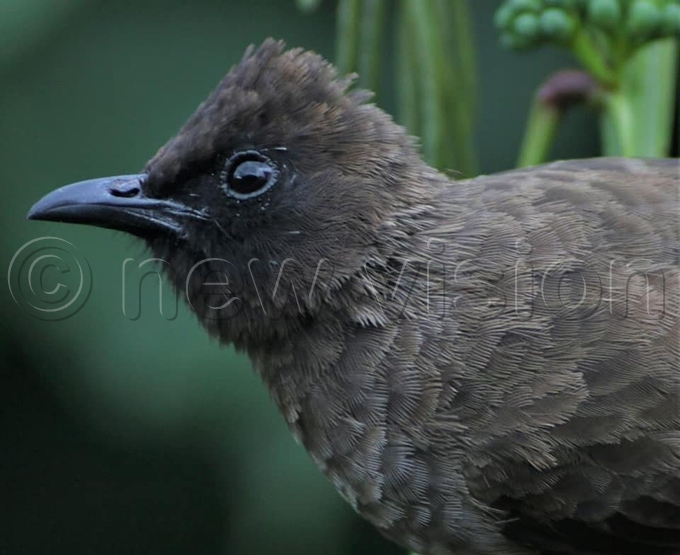 "The menu of birds has more than 1070 different species," said Mugabi. "Better still our guests spotted bird from the USA that has been seen here for the first time. It is a decorously spotted Pectoral Sandpiper. The numbers are still growing as birders see unrecorded species."

Addressing the audience, a seasoned bird guide Herbert Byaruhanga narrated the rough and tough times the hobby has been through.

"We were detested by landlords who mistook our gadgets to be tools of surveyors," said Byaruhanga. "Before we got Smart Phones where tweets can be downloaded, we used to master them and rehearse for hours on end. Binoculars were hard to come by."

The challenge most birders have remains access to required gadgets, habitat destruction and culture.

"People would do anything to get an owl out of their neighbourhood," says Byaruhanga. "It is believed to be a bringer of bad omens like death, miscarriage or divorce. Worse still the Crested Crane because of its folk tale of having a single partner for life, Juju practitioners use its body parts to concoct love portions for their clients."