"The looked nothing like my fiancé or me. All I could see when I looked at her was the image of the Virgin Mother. It was the strangest thing."

Post-partum depression leads to low energy levels to some women

"The looked nothing like my fiancé or me. All I could see when I looked at her was the image of the Virgin Mother. It was the strangest thing."

KAMPALA - Every woman's dream is to be a mother and the process of childbirth should ideally bring great joy. Claire Nanyunja had these same expectations until she had her baby, writes Rebecca Nalunga.

When I discovered I was pregnant, it was four months to our wedding date and fear slowly started creeping up on me — the fear that my fiancé would call off the wedding.

After I gathered the courage to tell him, he reassured me that the wedding was still on. We were elated and decided to have the baby before the ceremony. Besides, we had not yet raised enough money for the wedding, so it made sense that we focus on delivery first.

By the sixth month of my pregnancy, there was not enough room in my womb and my gynaecologist told me that my baby was in the breech position. I was referred to a senior gynaecologist who tried to turn the baby to a normal position, all in vain. She, however, comforted me that sometimes miracles do happen and the baby could turn.

I was so desperate to have my baby naturally that I went to Fr. Raymond for special prayers. He told me both the baby and I would be fine and sent me on my merry way.

The dramatic labour and birth

We set the C-section operation for December 23, 2014 and my baby shower was held on December 20 at Centenary Park. During the fun-filled evening, I ordered liver. At the first mouthful, the drama started. I felt dizzy and my legs went numb. I was confused.  In the ensuing panic, a friend told me that this was the onset of labour.

We sped to the AAR clinic at Kampala Hospital in Kololo where the midwives confirmed that I was, indeed, in labour. Each time someone came into the room to check on me, I had this uneasy feeling that something terrible was about to happen.

I can trace this dread back to when a cousin sent me a video of a C-section procedure. I naively watched it all. It was horrifying to watch, layer after layer being cut from the mother, and the baby being pulled from the womb.

She followed that video with a stern warning: "Whatever you do, do not go for a C-section like young women opt for nowadays!" Those images kept flashing in my mind and only heightened my anxiety. I had been in labour for 30 minutes and I was still not yet in theatre. There was another patient inside and I had to wait my turn.

As they prepped me for the operation, the premonition was unbearable. I told my fiancé to give everything I owned, including the baby, to my mother. He asked me how I could give up so easily after everything we had been through together. I know he was emotional and worried about me, but at that point, it really did not help.

I was soon wheeled into the theatre and as the full anaesthesia was administered and started taking effect I saw myself screaming, struggling and fiercely fighting for my life.

Then there was only darkness and silence. I do not know how long it was before I suddenly opened my eyes. The first person I saw was my gynaecologist. He did not say anything and walked out. The nurses welcomed me back rather heartily and then followed with the news that my baby was in the nursery, but I could not see her. Immediately, anger began to rise in me.

"What does she look like?" I asked. No one would give me a straight answer. I was frustrated, furious that everyone had seen my child except me.

By the following morning, I was so anxious to see my baby that I dismissed my mother's plans to first bathe and dress me before I went to the nursery.

When I was finally allowed to see her, I was even more confused. She looked nothing like my fiancé or me. All I could see when I looked at her was the image of the Virgin Mother. It was the strangest thing.

I had thought I would be overwhelmed with joy when I set eyes on my baby for the first time but instead I was emotionless. I was not sure she was mine till I noticed the little sixth finger she had  - I have one too.

The hospital stay passed with me in that state. I felt guilty that I had not had my baby naturally. I did not feel woman enough.

Three days later we were discharged and I went to my mother's house. I did not rest as I had expected. My greatest struggle was lack of adequate breast milk. I also realized that my chest really hurt and was extremely tender.

My mother is my best friend and ordinarily, we get along very well, but this time, I sensed hostility from her. I did not understand why she forced me to eat and drink under the guise of helping my body make enough breast milk. 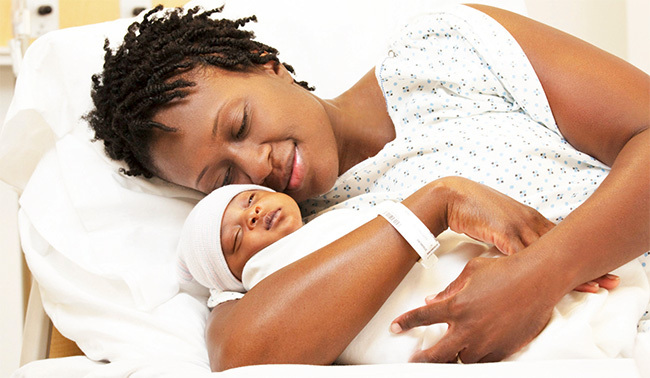 I was fed up of porridge and soup. On top of that, the exhaustion kept building.

The baby cried a lot, mostly because she was not getting enough milk. I was frustrated, tired, in pain and depressed. I could not take it anymore. I began to cry too.

Every time my fiancé visited, I tearfully reported my mother and begged him to take me back home. My mother then suggested to him that we go out on a date so that I could relax. I spent that entire date weeping, pleading with him to take me back to our home, to no avail.

Three weeks later, we had our first visit with the gynaecologist. When I described my mood, he told me I was suffering from postpartum depression, a mood disorder common among new mothers. He told me to be patient with my mum and that she meant well.

When I went back home, I eased up on her and resorted to crying in private. I was also deliberate about planning for the baby and asking my mother's advice.

Soon after that visit to the doctor, I went to visit a friend who had just had a baby. She was in terrible pain because her breasts were so full and she had no pump to express the breast milk. I took her a pump and I watched miserably as she pumped three full bottles, yet I could barely express 50ml. I gave her the pump because she obviously needed it more.

During our next visit to the doctor, my fiancé talked of having another baby. The doctor advised us against it, and that is when he revealed that I had actually suffered a cardiac arrest during the operation. It explained the pain in my chest — it was from the resuscitation.

The surgeon who performed my C-section had done over 300 successful surgeries, only five of those had ever suffered cardiac arrest and I was the third of those five to make it out alive!

My fiancé then became my emotional support. Each time I cried, he held me, letting me drench his shirt in tears until I felt better.

Gradually my mood stabilised, the crying reduced and I began to bond with the baby. After two months, the depression completely ceased and I was able to immerse myself in the joys of motherhood.

What is post-partum depression?

According to Enid Ashaba, a midwife and psychologist, postpartum depression is a mood disorder common only in new mothers. It occurs between birth and six weeks after birth. It has no specific time of onset. "Some women display signs immediately after delivery, while for others it manifests more gradually," explains Ashaba.

Some of the common signs are extreme excitement or sadness.

This disorder happens both to women who deliver naturally and those who deliver via C-section.

Women suffering this disorder have a tendency to cry a lot, and are often reclusive and irritable. They have little to no appetite and tend to make somewhat irrational demands.

"In extreme cases mothers pinch their babies, or even eat them," says Ashaba.


"Sometimes they have low energy levels and want to lie in bed all day, greatly slowing down the healing process, in the case of a C-section.

"However, this disorder is not permanent and normally lasts one week to a month, though with lack of support it can stretch further." 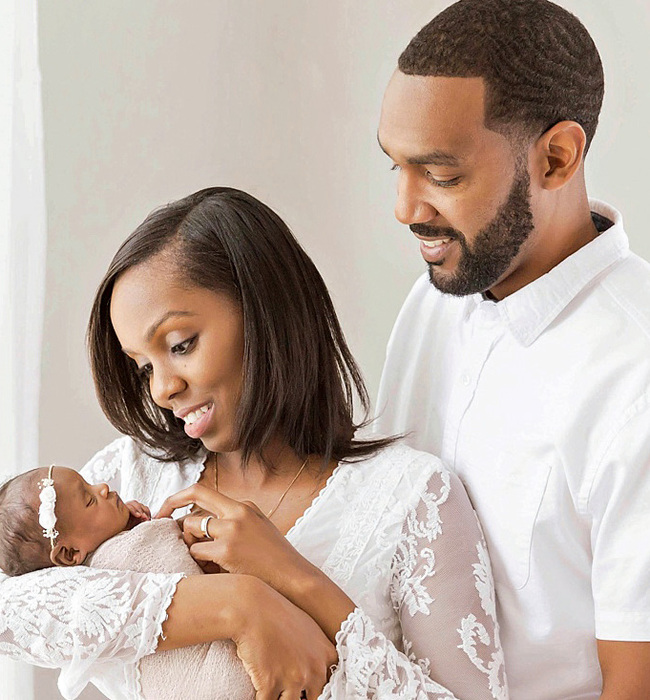 There are various causes of this disorder. Suddenly being dependent can infuriate the mother. "One is used to being in control, suddenly they are not. This, coupled with poor communication skills aggravates the situation," Ashaba says.

On the social level, lack of spousal or family support leaves the mother feeling rejected.

In extreme cases it could be the death of a spouse that triggers the condition.

Economic constraints like lack of transport, or money to buy supplies for her and the baby, inclines the mother to the mood disorder. "The mother may be so strapped for cash that she doesn't even have enough money to attend antenatal classes. This is bound to affect her mood, she explains.

On the medical front, some women go through traumatic childbirth, like vacuum or forceps delivery, both of which are quite painful.

Other mothers face emergency C-sections and there is no time for emotional preparation. "Can you imagine expecting to deliver normally only to be wheeled into a theatre? The doctors have no time to cushion your emotions because the immediate need is to get the baby and mother out alive.

At times the delivery is even premature," Ashaba says.

If the mother has a history of mental illness she is highly predisposed to the disorder. In other instances, the baby could be the opposite sex to what the mother preferred.

Talking to the mother or leaving them alone can help. "First of all, for those who eat their children, we immediately take the child away and commit the mother to a psychiatric facility," Ashaba says.

Counselling can be done two ways; using cognitive behaviour therapy, where we treat symptomatically; or interpersonal therapy through a third party like the partner, friend or mother.

The good news is postpartum disorder patients have a high recovery rate.

An extract of Flair Magazine, March 2018