No one can deny fruits of China-Uganda co-...
Next Story

The judge said all the three determinants that the petitioner claimed contributed to her loss, failed to convince court

Arua Municipality MP Kassiano Wadri (left) and his lawyer Renato Kania after the ruling at the Arua High Court. Photo by Edna Piyic

The judge said all the three determinants that the petitioner claimed contributed to her loss, failed to convince court

Arua High Court on Friday dismissed the petition against the Arua Municipality by-election with costs to be paid by the petitioner, Nusura Tiperu.

The petition filed by Tiperu the NRM candidate in the by-election pinned the Electoral Commission and the winner of the hotly contested election Kassiano Wadri.

Judge Anthony Oyuko Ojok in his ruling said the petitioner failed to convince the court that there were irregularities in the electoral process.

In his ruling, Ojok said all the three determinants that the petitioner claimed contributed to her loss, failed to convince court because the evidence was not clearly spelt out.

"Some witnesses were confusing court by contradicting their testimony on the affidavit while testifying in court," he said.

The judge, however, said the three parties in the suit are yet to agree on the amount to be paid in costs and that that they can file an appeal if they feel unsatisfied by his ruling.

Renato Kania, one of Wadri's lawyers, said the petitioner's witnesses fabricated lies to pin his client and the Electoral Commission. 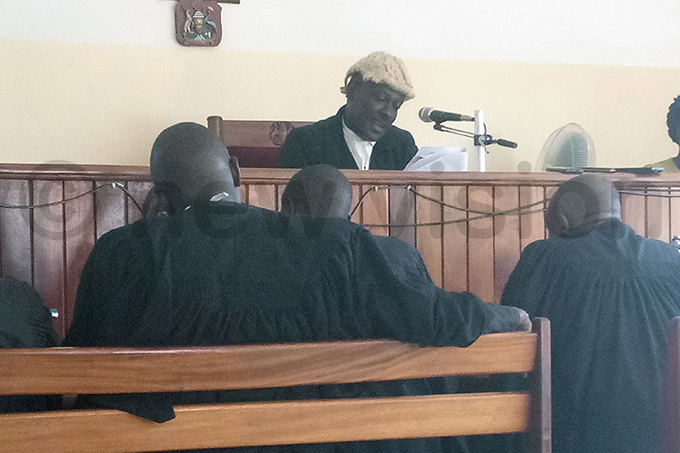 "From the time that we read the petition and after interviewing our witnesses we knew that there was no evidence in the case, we also discovered a number of lies after cross-examination," he said, adding that the outcome of the petition is an affirmation of the decision of the people of Arua Municipality which was made on August 15, 2018.

Kania added that the petition was not well-thought out and it had no facts.

Wadri couldn't hide his excitement following the ruling and quoted from the book of Paul in the Holy Bible.

"I would like to thank the people of Arua Municipality for the confidence that they have entrusted in me to lead them," he said.

Wadri also hailed the sanctity of the judiciary in Arua for depending on the truth to relay judgement in the case.

He said Tiperu had a right to drag him to the courts of law and said he never took any offence from her actions.

He also called upon his supporters as well as his rivals to work together to develop Arua Municipality.

Who will be elected Speaker in the Ninth Parliament?