As it happened: Uganda Today - Thursday Fe...
Next Story

Lecturers at Makerere University have been disrupted by an ongoing strike.

Makerere University students have petitioned the Parliament's committee on education and sports, asking for its intervention in the ongoing staff strike at the institution.

The students said they wanted to set the record straight about what is happening after allegations that its business as usual at the university except in the School of Law, and that the students had intentionally refused to go for lectures.

Joel Roy Mucunguzi, a fourth-year law student at the institution, said that whatever is being presented by the management of the university is untrue and that business in other colleges as well, is not going on as usual.

"It is false that students have refused to go to class, we have gone to class, but we have not been taught, even before coming here, we first went to class, waited for the lectures, and no one came to teach us," said Mucunguzi.

He called for those in the university's management to engage this matter, instead of denying that there is a strike.

Mucunguzi also pointed out the sensitivity of the strike on the law students, especially those in their final year, as their ability to go to the Law Development Centre (LDC) is being affected.

"We know that students have to do a pre-entry examination before they can go to LDC, which is time-sensitive, and we are now in our second semester. If we do not follow the proper schedule of the university, that means that schedule will be affected too," he said.

Kirabo Marion, a third-year law student at Makerere called for a quick intervention, saying students are incurring a lot of expenses despite the fact that they are not being taught yet they already paid tuition. 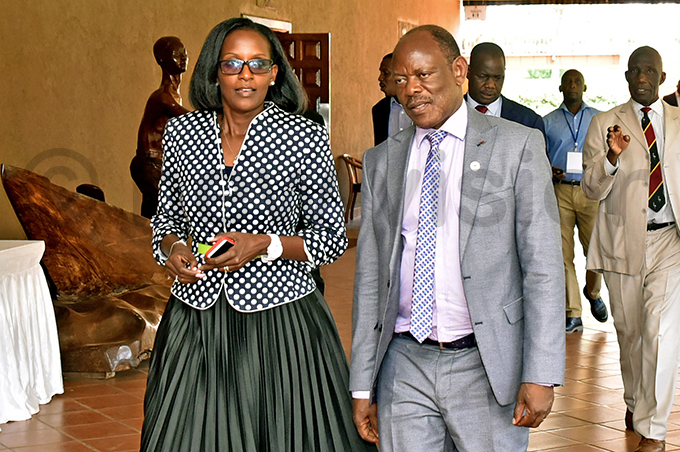 "We students are bearing the cost of all this because the expenses we are paying for food and hostel will definitely add up when the semester is extended because of all this wasted time," Kirabo said.

She added that the students are getting disgruntled by the administration's claim that there isn't an ongoing strike.

"So we are here to beg Parliament to intervene and help us, we do not want to have a strike or demonstration and that's why we decided to approach it in a calm and peaceful way," Kirabo said.

Members of the committee called for calm among the students and said they would call them and discuss the issues they had presented.

"These are vital issues that affect the students as well as the parents that pay the tuition, we shall call them and listen more to them," Workers' MP Margaret Rwabushaija said.

The lawmakers were bitter with Lorna Magara, the University Council chairperson as well as the vice chancellor Barnabas Nawangwe who did not show up for a meeting as scheduled on Tuesday.

"Yesterday we asked that the team come back today with the University Council chairperson but they did not show up. She wanted to send her deputy to attend the meeting in her place, even after we asked for her in particular," Kalungu West MP Joseph Ssewungu said.

He said there are many issues of concern that are taking place at the university, and that the committee had received requests from MUASA as well as the students' petition that needed to be looked at.

The committee on Tuesday dismissed Nawangwe and asked him to return with Magara to discuss issues to do with gender representation in the university's leadership.

The legislators said Magara has until Thursday to show up for the committee meeting.

Nawangwe thrown out of Parliament committee