Key areas Cranes must work on ahead of AFCON 2019

Desabre is lifted up in the air by his jubilant players

The first sight you noticed driving through Kireka in the early hours of Sunday morning was a band of cleaners combing around respective bars in the township.

A majority of the bars were busy cleaning up all evidence of celebrations sparked by Cranes' return to the Africa Nations Cup the previous evening.

While the 2017 Cranes team had Farouk Miya to thank for the winning goal that propelled Uganda to the Nations Cup in Gabon after 38 years of trying, the current crop found their own messiah in Patrick Kaddu.

The KCCA striker headed home the winner in the 78th minute to send the approximately 25,000 fans that squeezed into the 40,202 capacity stadium at Namboole into delight.

The win earned Uganda 13 points from her five games in Group L and qualified as group winners ahead of their East African counterparts Tanzania, who are likely to qualify as runners' ups in the group.

True, this wasn't one of Cranes' best performances. And that had a lot to do with Sebastian Desabre's decision of fielding a largely defensive side, with Moses Waiswa again played out of his preferred central position.

But then again, who cares.

Everyone seemed pleased with the result on the day against the Island outfit. Yes, even the two cultural leaders -the Katikiro Charles Peter Mayiga and Rukirabasaija Oyo Nyimba Kabambaiguru, who made their first appearance as chief guests. 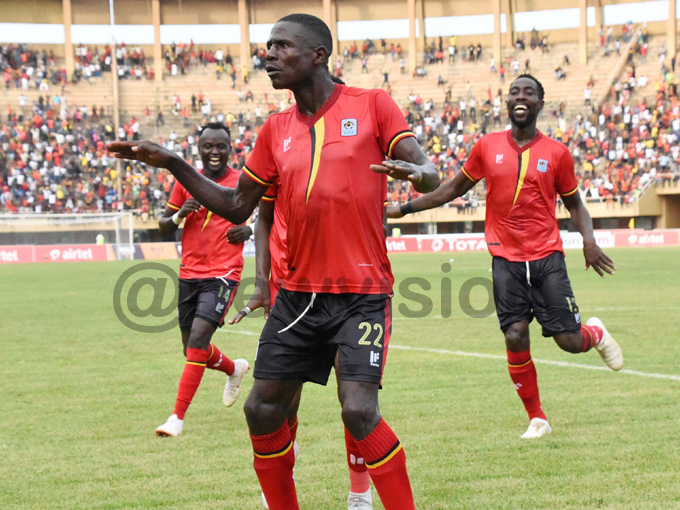 But with the dust of excitement fast-settling, it's important to pre-examine Cranes' potential of making an impressive appearance at the championship in Cameroon.

When Uganda qualified for the finals two years ago, not much was expected from the team. Qualifying for the finals in Gabon after 38 years was such a huge milestone. Every other result was considered a bonus. And this explains why even Miya's goal in the 1-1 draw against Mali was celebrated countrywide.

The situation will be a lot different now, with the Cranes expected to at least make it out of the group stages.

Unlike in the past, where Africa's flagship sporting event has featured 16 teams since 1996 -the 2019 championship in Cameroon will be contested by 24 teams.

There is a feeling that the new format adopted by the Confederation of African Football (CAF) for the tournament in Cameroon will present Cranes with the best possible opportunity of making further ground in the competition.

At the finals, Cranes will be among the 24 teams that will be drawn into six groups of four teams each. The top two teams and the four best third placed teams will advance to the round of 16.

All that Sebastian Desabre -who defied the odds to qualify for Africa's most prestigious competition at the first time of asking needs -is to draw a comprehensive strategy that will fix all the gaps in the current team over the next six months.

The beauty about qualifying as early as Saturday, is that it allows decent time for adequate preparations.

It allows the freedom to try out various players - those fringe players that weren't able to make the first team -will be offered the opportunity to showcase their qualities in the ultimate fixture against Tanzania on March 22.

The grave consequence of murders committed under the guise of religion