Nemostars players jump to block a spike by a UCU player. PHOTOS: Johnson Were

UCU rued the decision to stifle Nemostars instead of concentrating on winning their game as they were handed a 3-0 (25-14, 25-21 and 25-9) hiding by the defending champions on Wednesday at the Lugogo Arena. 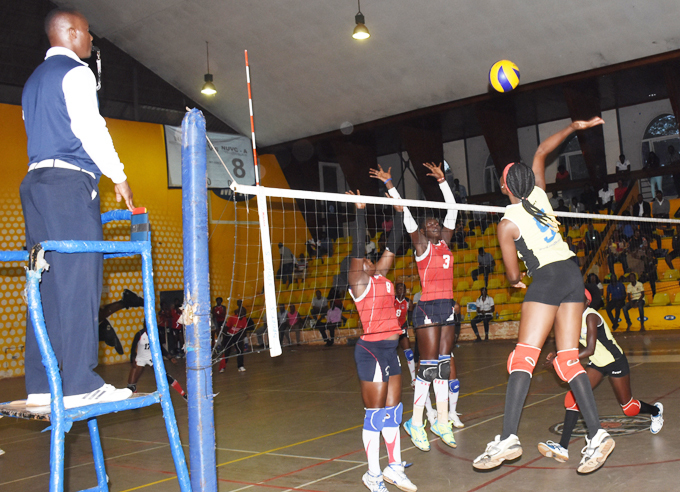 Ndejje players jump to block a spike by a Nkumba player

Andrew Okapis's team was a far cry from the inconsistent side from the regular season as they laid siege on the university team.

George Aporu's early wobble against Sport-S was a thing of the past as he and Tom Amou, Deanz Aloka, Fahad Zungu, Wilfred Masaba and Libero Joseph Opeto gave spectators a master class on the meaning of the playoffs at the Lugogo Arena.

They blocked well, attacked with pizazz, but received even better. Their vast experience put the Doves against the cosh early on and they never recovered after Nemo's quick start.

"I expected a good show as they put up a good fight but I still believe they can come in full force and put up a fight in game two. In my opinion it was an average display by us because we still need to eliminate some of our errors," Nemostars coach Andrew Okapis said.

The coach was especially impressed with his Smith Okumu as he heightened his level after the setter struggled in game one against Sport-S.

"My best performer was Smith; he improved a lot from the Sport-S game. I told him to play his game the way he would in the playoffs and he did it," Okapis explained.

The manager also spoke of maximising his side's performance in game two by working more on the block. 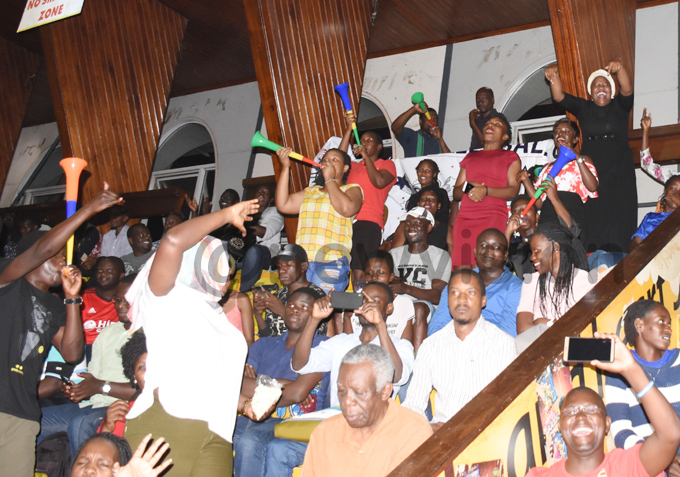 UCU too plan to come back with a different and more workable game plan to save their championship fight.

"We thought that we had adjusted to play Nemo's game which I think killed us. We thought we would block out, deal with the line and a side block. Now we are going back to playing our original game we serve well and then we defend the court not the outside," UCU tactician Nasson Bwesigye said.

Game two will take place on Saturday at the Lugogo arena from 6pm with women's match between Nkumba-A and Ndejje Elites. The men will take to the court from 8pm, a must win for UCU for if Nemostars win they will take the championships.

Otunnuâ€™s outbursts are driven by fear