KAMPALA - Express has lodged  a complaint to the Uganda Premier League CEO Bernard Bainamaini questioning the performance of centre referee Ronald Kirangwa and his assistant Sam Kakembo after the team settled for a 1-1 with Vipers on Wednesday evening at Wankulukuku stadium.

Express blamed Kirangwa on a number of questionable calls he made against them.

One of the calls was the offside goal they conceded and the  other was Kirangwa‘s failure to caution Vipers' striker, Tito Okello who celebrated in front of their fans.

Express also claim that Okello provoked their fans using his finger to silence them. 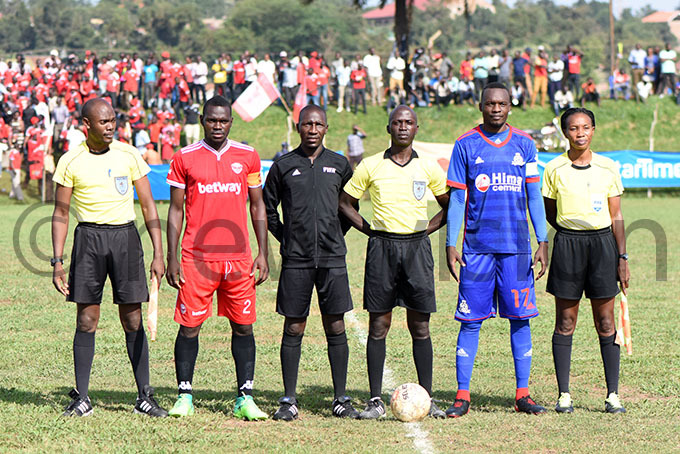 It looks like FUFA heard Express' complaint as Referees Disciplinary Panel and the FUFA Referees Standing Committee, banned three officials who were in charge of the game.

Kirangwa and Kakembo were given a  three and five-year ban respectively while the second assistant Nantabo Lydia Wanyama was banned for 60 days.

But the match officials were banned without any hearing but just because of the pressure Express and entire public.