A man claiming to be an adopted grandchild of Buganda royalty, has failed to adduce proof that he is a claimant of a one-acre piece of land occupied by Mengo Senior School.

However, appearing before the probe on Monday, Jjemba could not show documentary proof to the effect that he is a beneficiary of the estate of Sabalangira Sserwano Ssenti.

Documents submitted by the school to the commission, show that on December 8, 1927, Ssenti sold the land to the trustees of Mengo Central Old Boys' Club, which purchased it on behalf of the school.

Kirigwajjo bought the land on behalf of Mengo Central Old Boys' Club. Kirigwajjo died on June 3, 1957, while Ssenti died in 1951. 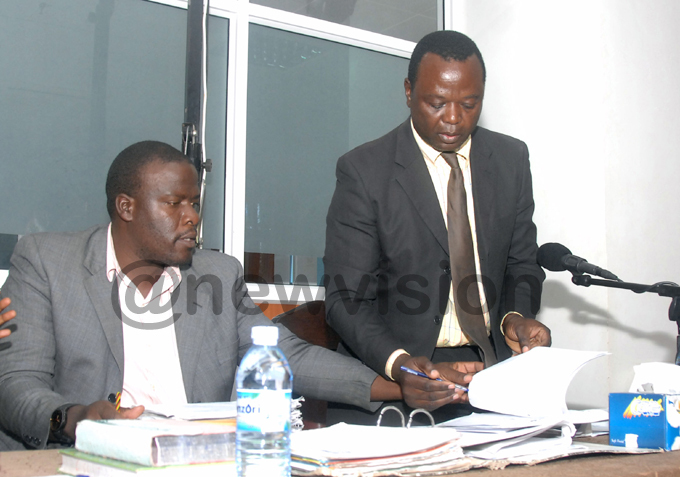 Prince Ernest Kimbugwe (right) with a relative Jjemba Erisa at the land probe commission at the National Archives and Records Centre in Kampala on 17/10/2018. PHOTO: Denis Dibele

When commission chairperson Justice Catherine Bamugemereire, wondered how his claim as a beneficiary arose, Jjemba responded that he was adopted by one of Ssenti's sons Ndikodemu Jjemba, who never had biological children.

"I am a beneficiary like the rest, although I am not a biological child of Ndikodemu Jjemba.The family recognises me as such," said Jjemba.

Jjemba said his biological father Paddy Katwere(died in 1991), was a friend of Ndikodemu(died 1996), and that the adoption which occured when he was a pre-teen, was never formalised.

His reply prompted Suuza to query the authenticity of the claim, noting that the legally-binding succession register indicates that Ssenti sold off his interest to Obadiah Kirigwajjo.

Kirigwajjo purchased the land on behalf of the trustees of the club, who were associates of the school.

The documents further indicate that on November 21, 1959, the Buganda Parliament (Lukiiko), the Muwanika(Chief Treasurer), and Mulamuzi(Chief Judge ) endorsed the purchase by the club. 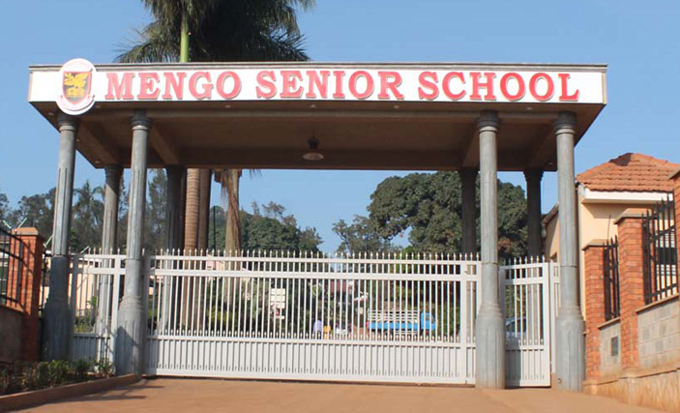 The main gate at Mengo SS

But Jjemba disputed the succession register, and insisted that the sale agreement was never concluded.

However, Suuza dismissed his claim as baseless, noting that by the time of Ssenti's demise in 1951, Kirigwajjo had placed a caveat on the land.

On Friday, the school headteacher Fred Kazibwe, testified and maintained that the land is school property. He dismissed Erisa Jjemba and another royal claimant Prince Ernest Kimbugwe(junior), as clowns.

Kazibwe submitted a vintage masterplan showing that in 1968, the then school headteacher Rev Brian Armitage, had commenced a project to turn the clubhouse into a hostel.

I'm lucky to be alive - Ongwen