Uganda Cranes will take on Lesotho this weekend in the 2019 AFCON in a new jersey after FUFA president Moses Magogo and Airtel's Brand and Communications Manager Remmy Kisakye unveiled the Mafro Sports manufactured kit today at Namboole. 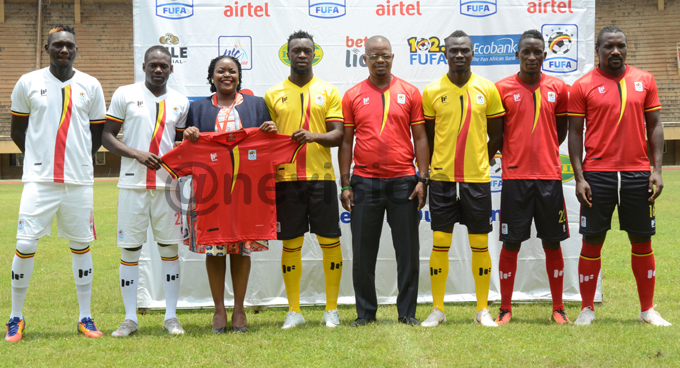 "This has come at right time when are looking to qualify for the 2019 AFCON. We thought that for one to play for senior team - Uganda Cranes you have to work for it. Those in youth teams have to work hard to reach that level. I believe this will also give confidence to the players,"stated Magogo.

Magogo said Mafro were just manufacturers of the national team jerseys and are not the official kit sponsors, though they were still in negotiations about the same.

Umar Mukasa who was selected as the best Uganda Cranes jersey designer will get a sh2.5m cash prize and free access to all Uganda Cranes home games, while the rest who designed the Crested Cranes and other different national teams will share sh2.5m. 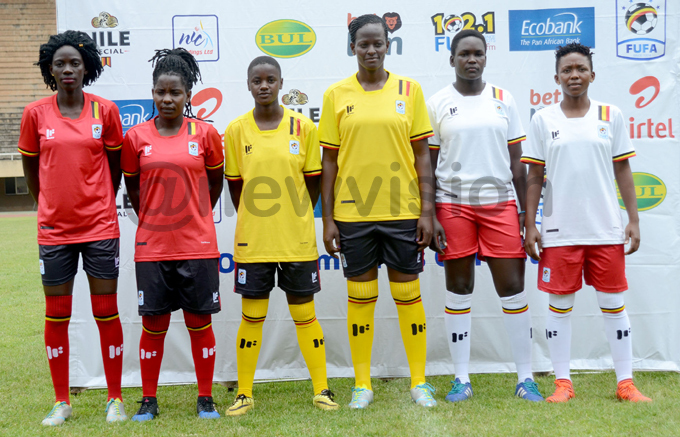 In the new arrangement, each national team will have three sets of jerseys. The new set of Uganda Cranes and Crested Cranes jerseys can at the moment only be purchased at FUFA House.