"I haven't even emptied my desk yet and in a way I am still in a state of shock."

"I haven't even emptied my desk yet and in a way I am still in a state of shock."

PIC: Former Arsenal coach, Araene Wenger. (Credit: Firstpost)
SOCCER
LONDON - Arsene Wenger admits he is still in shock after the curtain finally came down on his 22-year-reign as Arsenal manager.
The former Arsenal coach told The Guardian he will decide by the start of the World Cup as to what to do next.
The 68-year-old Frenchman whose trophy-laden reign at the Gunners came to an end without any silverware in his final season and failed to secure Champions League football for next term said he hadn't discounted taking on a different role.
Wenger, who is to attend the World Cup in Russia as a pundit for Qatari-owned TV channel Bein Sports stood down a year before his contract was due to end amid increasing discontent  both among the fans and the board.
"It's just too soon to know what I will do next," he told The Guardian in an interview conducted in Paris this week shortly after he had taken charge of his 1,235 and final match in the Arsenal dugout a 1-0 win at Huddersfield town. 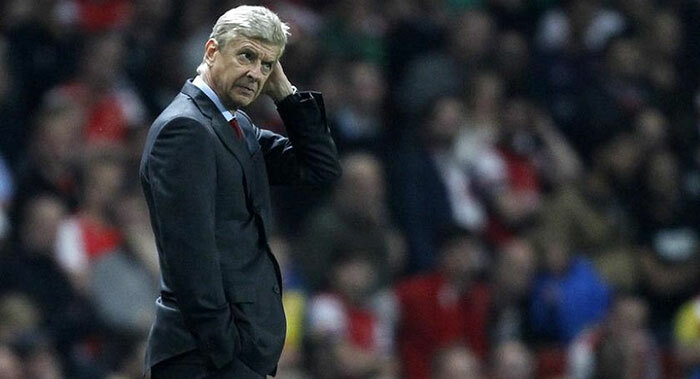 Arsene Wenger admits he is still in shock after his reign as Arsenal's team manager came to an end.
"I haven't even emptied my desk yet and in a way I am still in a state of shock.
"I am going to give myself until June 14, the day the World Cup begins, to decide.
"The question is do I still want to coach, to be on the bench, or is it time to take up different functions? The one thing I can say for sure is that I will continue to work," he said.
Wenger, who guided Arsenal to three Premier League titles, including the famous Invincibles 2003-04 unbeaten season, and seven FA Cups, said he wasn't certain whether, at his age, he wanted to go through the emotional turmoil of being a manager.
"But do I want to continue to suffer as much?" said Wenger.
"I want to continue to defend my ideas of football, that's for sure. Spontaneously, I would say I still want to coach but I can't really say that yet for sure."
Write new chapters
Wenger, who says he has not held discussions about a potential role with the Qatari owners of French champions Paris Saint Germain, with whom he has close links and who he advised them to buy the club, concedes he is too restless to just loll around kicking his heels.
"I have friends who can go and lay on a beach all day long for the whole of their holidays and I envy them," he said.
"I just can't do that. I get bored. I need to be doing something. I need a challenge.
"I have lived and breathed football all these years and it's a passion I can't imagine doing anything else."
Wenger said his lack of a firm plan for the future also filled him with anticipation.
"That's why, in a way, this is an exciting moment for me, too," said Wenger.
"I have a new page, a blank page in front of me.
"As all good writers know, that can be a time of anguish but I hope I won't have too much of that. It's also a chance to write new chapters."
Wenger, who will also spend time in Russia travelling with close friend David Dein, the man who took the inspired decision to bring him from Japan to manage Arsenal in 1996, said he believed he had helped improve English people's perceptions of the French.
"When I arrived, you know, I was a complete unknown and I have always had the impression I am representing my country in a way," said Wenger.
"In a land where there has always been so much animosity between the English and the French I am proud to have achieved certain things and perhaps to have opened doors for other French coaches.
"Don't forget, when I arrived in England a foreign manager was a very rare thing."