All set for Makerere University's 68th gra...
Next Story

It is day one of the 68th edition of the Makerere University graduation and nearly 14,000 students are to be awarded various honours over the course of four days.

It is day one of the 68th edition of the Makerere University graduation and nearly 14,000 students are to be awarded various honours over the course of four days.

KAMPALA - Makerere University's 68th graduation ceremony, which will run until Friday, got underway Tuesday at the main campus at Makerere Hill in Kampala.

The oldest public unviersity on the land will graduate nearly 14,000 students over the course of four days.

On his first graduation as Vice-chancellor, Prof. Barnabas Nawangwe said in a bid to improve the welfare of students, the management of Makerere University has established a forum that brings together owners of private student hostels, aimed at "improving security and living conditions of our students".

According to Nawangwe, Winnie Madikizela Mandela, who was once married to fallen South African anti-apartheid hero and president Nelson Mandela, will receive an Honorary Doctorate of Laws.

It will be in recognition of her outstanding contribution to the liberation struggle of South Africa and the African continent at large. 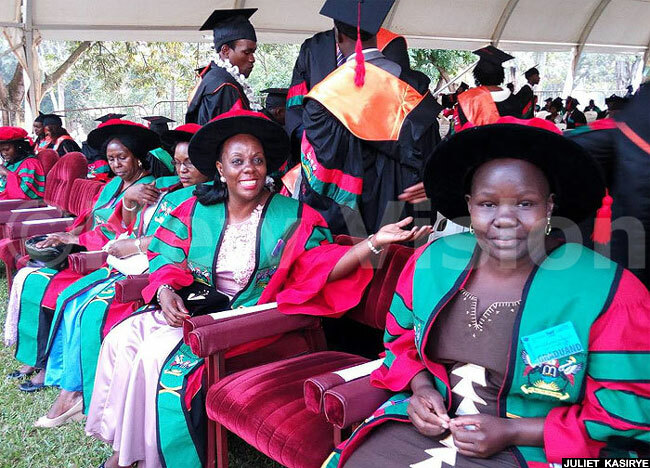 In his address, Nawangwe said the university is redeveloping dilapidated sports facilities. They want to upgrade the main sports grounds into a multi-purpose stadium.

Makerere will host the 3rd edition of the World University Netball Championships in September this year. In the run-up to the global sporting event, the university plans to build an indoor stadium to host the activities.

On research, Nawangwe said the university, under the INSFEED project, undertook a study on poultey and fish feeds. The research team sought to prove that insects (blue flies and worms) can be used as a replace silver fish (mukene) as a source of protein for the production of poultry and fish feeds.

The College of Agricultural and Environmental Sciences (CAES) also released a new high-yielding and early-maturing variety of soybean (Maksoy 6N) that is resistant to soybean rust disease and harsh elements.

In the buildup to the annual event, Nawangwe had urged graduands to "put God first" in their pursuit of success.

"I congratulate all the graduands and their parents/sponsors. You are the top brains of our country and a lot is expected of you. Put God first and always hold yourself in esteem and you shall surely succeed. Congratulations!" he tweeted. 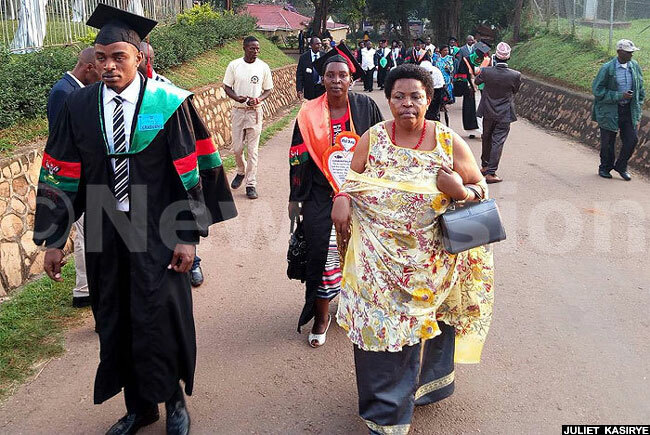