What next for former NSSF boss Jamwa?

David Chandi Jamwa has been sent back to prison to serve a dozen years for causing financial loss and abusing office. So what next for the former NSSF managing director?

David Chandi Jamwa has been sent back to prison to serve a dozen years for causing financial loss and abusing office. So what next for the former NSSF managing director?

KAMPALA - Former National Social Security Fund (NSSF) managing director David Chandi Jamwa is back in jail after the Court of Appeal upheld his earlier conviction and sentence on Monday.

He will have to remain behind bars, at Luzira Prison, for 12 years.

However, Jamwa can still appeal, but this time to the Supreme Court. 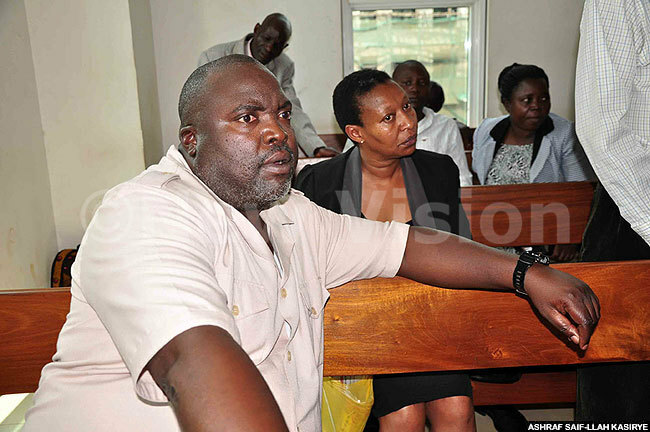 Jamwa, who wore a Kaunda suit in court on Monday, lost his temporary freedom after justices Rubby Aweri Opio and Kenneth Kakuru ruled that the evidence on record was sufficient to prove that he acted arbitrarily when he authorised the sale of several NSSF bonds to the defunct Crane Bank before their maturity dates. 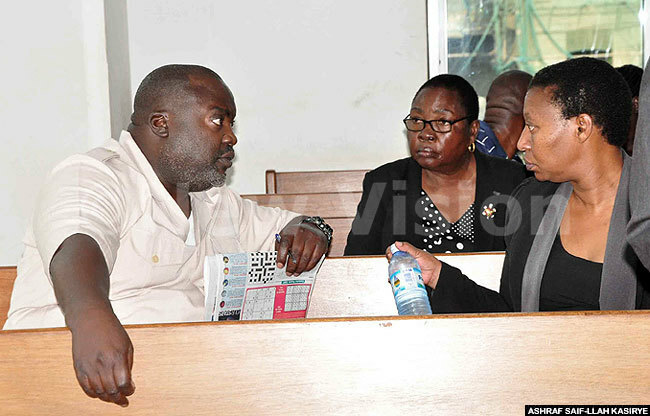 The former NSSF boss, pictured above with interacting with his mother Tezra Jamwa (middle) and wife (right) had been out on bail, pending determination of his appeal, since 2011. He had served about four months of his 12-year jail sentence by the time he got bail on June 24, 2011. 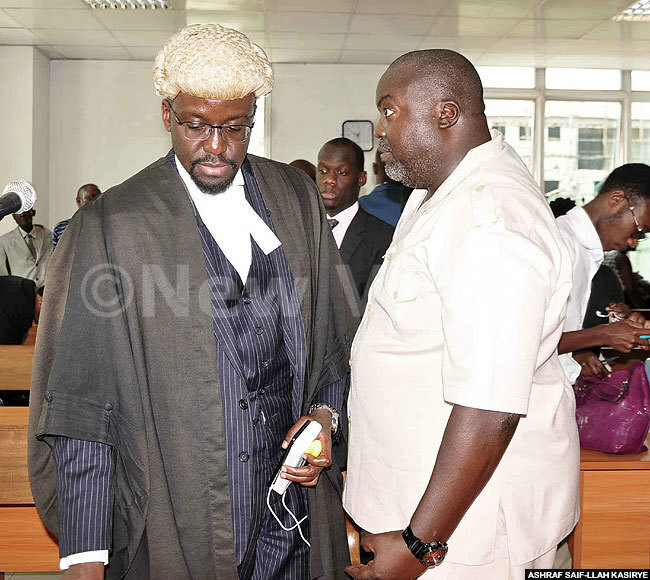 Jamwa with his lawyer David Mpanga inside court on Monday. The justices observed that trial judge John Bosco Katutsi properly evaluated the evidence and reached the right conclusion in convicting and sentencing Jamwa. The court has also imposed a four-year jail term on Jamwa for abuse of office, but it will run concurrently with the 12-year jail term. 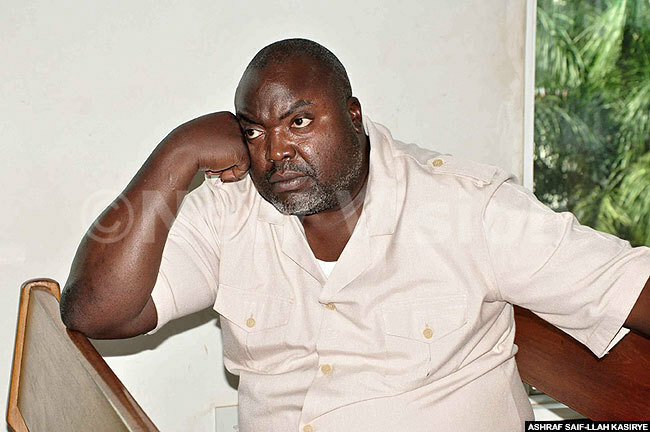 According to the justices, unlike the abuse of office, the offence of causing financial loss does not have to result from an arbitrary act. 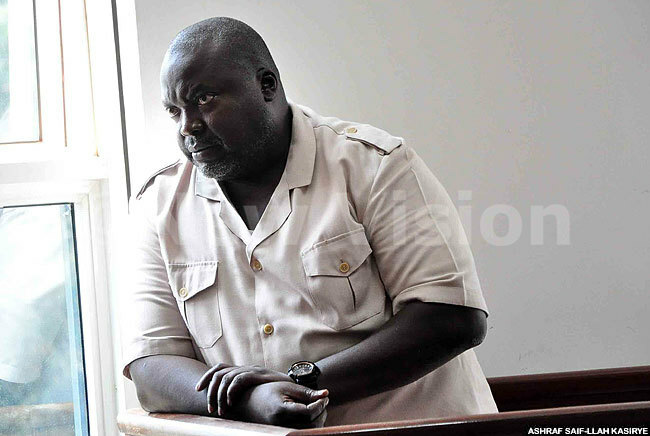 In 2011, Jamwa was sentenced to 12 years in jail by Justice Katutsi after he was found guilty of the offences, prompting him to appeal. But the justices upheld the sentence on grounds that they cannot interfere with a sentence imposed by the trial judge unless the judge acted on a wrong principle or overlooked a material factor or the sentence was illegal. 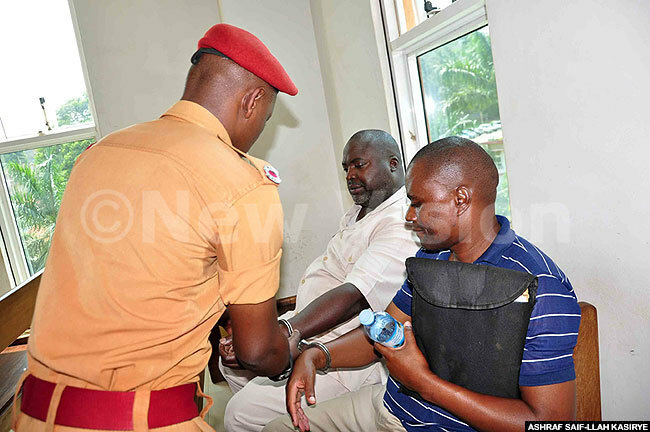 The justices ruled that Jamwa was properly charged under Section 20 of the Anti- Corruption Act (ACA) since it applies to persons employed by the Government, bank, credit institutions, insurance company and public bodies. According to the justices, Jamwa was aware that the sale of bonds before their maturity would occasion loss but he instead authorised it. They noted that the bonds are sold and purchased below their value before maturity, but on maturity they return to their full value in just few days from the date of sale. In his defence, Jamwa told court that he had no knowledge that the act of selling bonds before maturity would cause financial loss to NSSF since decision was taken collectively. 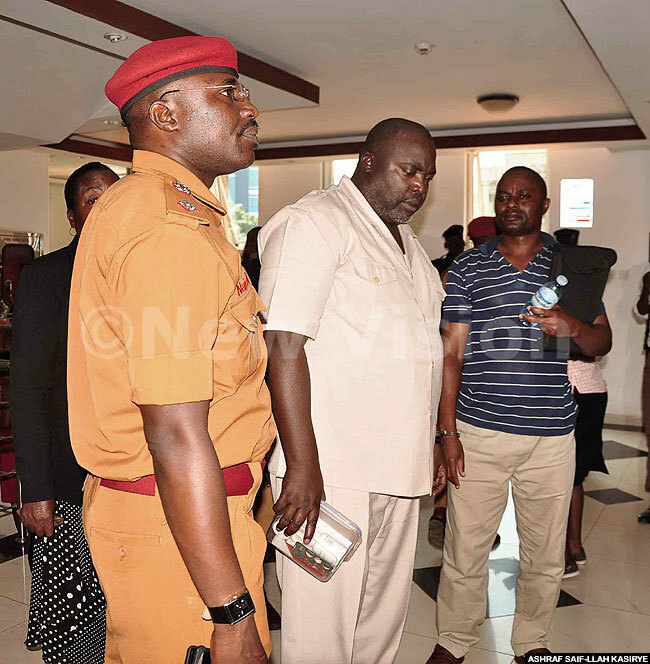 Prosecution says between September and November 2007, Jamwa arbitrarily sold off several NSSF bonds to Crane Bank before their maturity dates, which led to the loss of sh2.7b. It further said Jamwa instructed the bank to sell twoyear bonds worth sh19b and sh9.7b on November 2, 2007, some 27 days before the date of maturity.

State ordered to disclose its evidence in Turinawe's assault case