Macron called on Europe and China to team up on curbing climate change.

Macron called on Europe and China to team up on curbing climate change.

Macron (second-left) and his wife Brigitte (left) with Chinese President Xi Jinping (second right) and his wife Peng Liyuan at the Diaoyutai State Guesthouse in Beijing on Monday. (CREDIT: AFP)

Macron, on the first day of a state visit, also called on Europe and China to team up on curbing climate change in the face of the US decision to withdraw from the Paris accord.

"Our destinies are linked," he said in a keynote speech on the future of Sino-French relations during a visit to the northern city of Xian, the starting point of the ancient Silk Road.

"The future needs France, Europe and China," Macron said, adding he would travel to China "at least once a year".

Macron started his three-day visit in Xian as a gesture to Chinese President Xi Jinping's huge New Silk Road project, an initiative to connect Asia and Europe by road, rail and sea.

The $1 trillion infrastructure programme is billed as a modern revival of the ancient Silk Road that once carried fabrics, spices and a wealth of other goods in both directions.

Known in China as "One Belt, One Road", the plan will see gleaming new road and rail networks built through Central Asia and beyond, and new maritime routes stretching through the Indian Ocean and Red Sea.

The project has spurred both interest and anxiety in many countries, with some in Europe seeing it as an example of Chinese expansionism.

Macron said Europe should join the new silk road initiative, but added a warning. "They cannot be the roads of a new hegemony that will put the countries that they traverse in a vassal state," he said.

The ancient Silk Roads were never purely Chinese, he said. "These roads are to be shared and they cannot be one-way."

The US and Europeans often accuse China of restricting access to its vast market even though they have opened up to Chinese imports.

France has a 30-billion-euro ($36 billion) trade deficit with China.

Macron's first official visit to Asia marks a new stage in his diplomacy, which has so far been concentrated on Europe and Africa.

He plans to seek a "strategic partnership" with Beijing on issues, including terrorism.

In a French version of panda diplomacy, Macron has brought Xi a gift: a retired Republican Guard horse that is currently in quarantine in China. 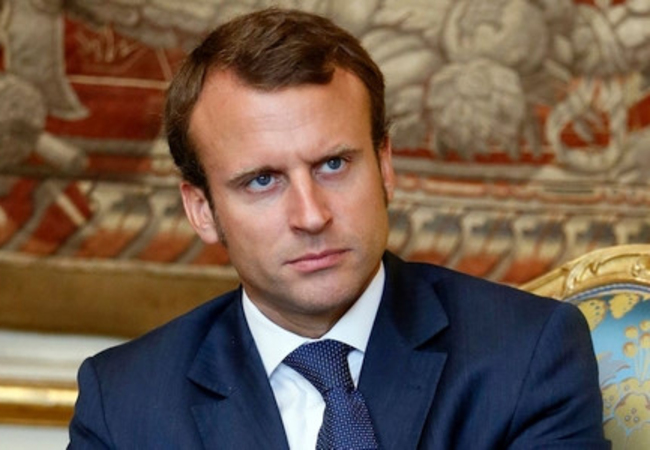 On climate change, Macron said he would talk to Xi about "relaunching the climate battle" by preparing an increase in their engagements to combat global warming at the COP 24 talks in Poland later this year.

He praised China, the world's top polluter, for committing to the Paris accord after US President Donald Trump gave notification of America's withdrawal.

"China kept its word," he said. "You demonstrate your immense sense of responsibility."

Co-operation will "show the world that the French and Chinese are capable of making our planet great and beautiful again", he said in Chinese.

After Xian, Macron travelled to Beijing along with his delegation, which includes some 60 business executives and representatives of institutions.

Macron and his wife Brigitte met Xi and his wife Peng Liyuan on Monday night at the Diaoyutai State Guest House, where the Chinese leader praised France's foresight in being the first major Western country to establish diplomatic relations with Communist China, in 1964.

"That you have chosen China as your first destination on your first visit to Asia shows the high importance you attach to the relationship's development," he said.

On Tuesday Macron will visit the Forbidden City, meet top Chinese officials and oversee the signing of business deals.

Human Rights Watch has urged him to call publicly for human rights improvements in China during his meeting with Xi, but the French president's office said the matter would be addressed privately.

Along with Brigitte, Macron visited the famous terracotta warriors in Xian, as well as a centuries-old Big Wild Goose Pagoda - a Buddhist site - and the city's mosque.

The 8,000-man clay army, crafted around 250 BC for the tomb of China's first emperor Qin Shihuang, is a symbol of ancient artistic and military sophistication in a country that proclaims itself a 5,000-year-old civilisation.

When rape ends in pregnancy

When rape ends in pregnancy