MENU
Residents up in arms over power
Previous Story

Teso minister Agnes Akiror said since the restocking programme kicked off about three financial years ago, OPM has handed over 12,983 animals across Teso.

Teso minister Agnes Akiror said since the restocking programme kicked off about three financial years ago, OPM has handed over 12,983 animals across Teso.

PIC: Restocking animals given to people of Serere. (EMMANUEL-ALOMU)

SERERE - The Office of the Prime Minister (OPM) is in the process of conducting a restocking review to assess its progress.

The state minister for Teso affairs, Agnes Akiror Egunyu, said the outcome of the restocking review will inform the Government on the next phase of the programme.

The minister revealed this during the delivery of the balance of over 400 cows to restock Serere district.

Akiror said since the restocking programme kicked off about three financial years ago, OPM has handed over 12,983 animals across Teso.

However she said the programme has faced a number of challenges, including the foot and mouth disease (FMD).

According to Akiror, FMD affected the initial year of implementation of the programme in Ngora and Serere districts.

"We have also had challenges of low and poor quality animals," Akiror said. 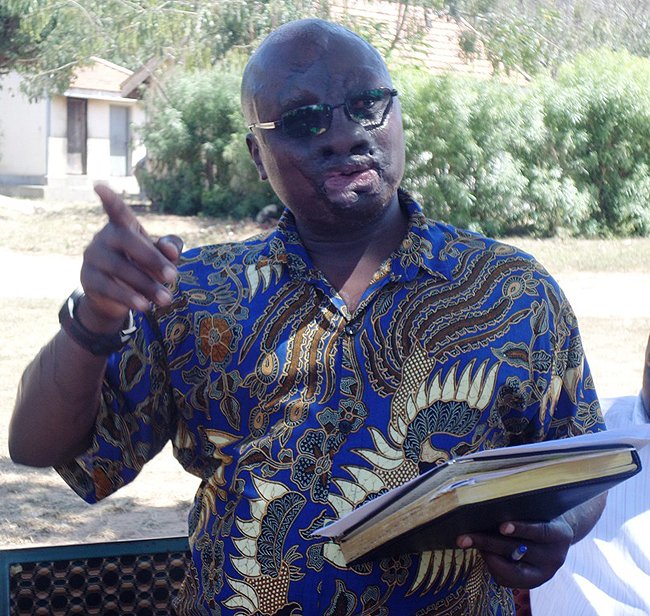 David Mwenyi, the principal development officer in OPM, who delivered the message on behalf of the minister, said the programme had recently suffered budget cuts, affecting its rolling out.

Mwenyi, however, said OPM had processed funds to support training of beneficiaries.

According to Mwenyi, the Government has this financial year given priority to delivery of the balances of animals.

The Government has been releasing sh5b for the restocking programme in each financial.

The programme was targeting persons with disabilities, orphans, widows and those living positively with. Animals given to people of Serere during the restocking

Selling cows
OPM officials were concerned over reports that some of the beneficiaries were selling their cattle.

According to OPM, this amounts sabotaging of government programmes geared towards attaining middle-class income status by 2020.
Beneficiaries were urged to follow the restocking guidelines and keep the animals for at least four years.

Stephen Eroku, an LC1 chairperson in Kyere sub-county, Serere district hailed the Government for the programme.

"The cow has enabled me educate my child and take milk and it has since delivered two calves.

The Serere LC5 chairperson, Joseph Opit Okojo called on the people in Teso to preserve the grazing areas in order to support the programme.

Sh13b lost to fraud at CAA

Judiciary in rent wrangle over premises