Salah set to kick off Africa's year with award

Liverpool's Mohamed Salah is expected to be crowned African Player of the Year in Ghana on Thursday.

Liverpool's Mohamed Salah is expected to be crowned African Player of the Year in Ghana on Thursday.

In a World Cup year, African football has plenty to look forward to, but it will open 2018 with a glance back at the achievements of one of its stars.

Liverpool's Mohamed Salah is expected to be crowned African Player of the Year in Ghana on Thursday when the African Football Confederation (CAF) season kicks off.

Apart from 17 Premier League goals in the first half of the season - a feat bettered only by Harry Kane of Tottenham Hotspur - Salah starred as Egypt qualified for the World Cup for the first time since 1990.

AFP Sport looks at what lies in store for African national teams, leading clubs and stars during this year:

Hopes of a first semi-finalist from Africa are slim and even round-of-16 places in Russia are going to be hard to come by for Egypt, Morocco, Nigeria, Senegal and Tunisia.

Well-organised Morocco were unlucky to be drawn with Spain and Portugal, while Salah-inspired Egypt would fancy their chances against tournament host Russia anywhere else in the world.

Nigeria have lost all four World Cup clashes with Argentina so second spot in their group would seem the limit of their ambitions while it is hard to imagine Tunisia topping Belgium and England.

Senegal will rely on the creativity of another Liverpool star, Sadio Mane, and physicality against Poland, Colombia and Japan in a wide open group.

Matchday 2 qualifying is set for September - 15 months after an upset-packed first series of matches on the road to the 2019 tournament in Cameroon.

Former champions Ivory Coast, Nigeria and Zambia are among the countries that must play catch-up after shock home losses to Guinea, South Africa and Mozambique respectively.

The increase in the number of qualifiers from 16 to 24 means record seven-time champions Egypt have plenty of time to recover after an opening defeat in Tunisia put them on the back foot.

Indian Ocean island state Madagascar - the homeland of CAF president Ahmad Ahmad - began with a win in Sudan and have a realistic chance of making the finals for the first time. 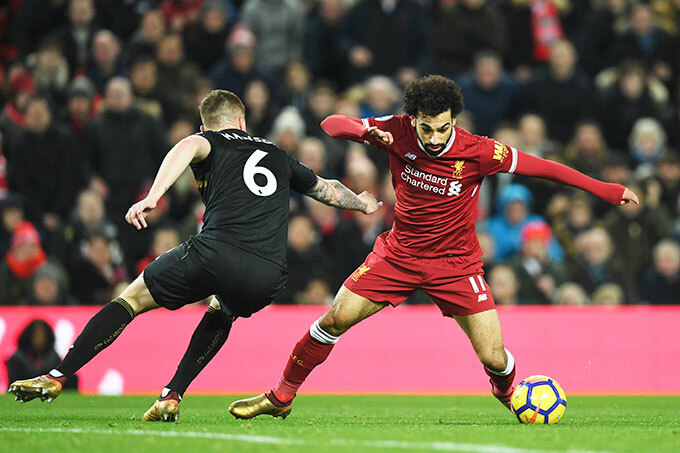 Title-holders, the DR Congo, failed to qualify and Tunisia did not enter, leaving Libya as the only former winners still in the competition for home-based stars.

Libya are handicapped with security problems preventing them from playing at home, but they got valuable match practice as guests in the recent CECAFA Challenge Cup east African tournament.

The other representatives from the north, hosts Morocco, look the team to beat with seven of the Wydad Casablanca side that won the 2017 CAF Champions League challenging for places.

Nigeria are overdue a good showing, while debutants Namibia must overcome a lack of domestic football for more than a year owing to a power struggle between officials.

South of the Sahara, five-time champions TP Mazembe of the DR Congo and 2016 winners Mamelodi Sundowns of South Africa could go far.

Nigeria has not achieved success since Enyimba completed back-to-back triumphs in 2004 and newcomers Mountain of Fire and Miracles FC and Plateau United are long shots for the title.

There is nothing second rate about the line-up in the second-tier club competition with Raja Casablanca of Morocco and Zamalek of Egypt among the title hopefuls.

Zamalek have been African champions five times and Raja three times and five other teams, who have won the premier African club competition are also in the field.

They include Asante Kotoko of Ghana and CARA of Congo Brazzaville, who meet in a preliminary qualifier, Hafia of Guinea, Club Africain of Tunisia and Enyimba.

EC will not extend registration deadline