Usain Bolt, the world's fastest man, suffers a dreadful start and can only claim bronze in 9.95sec in London.

Usain Bolt, the world's fastest man, suffers a dreadful start and can only claim bronze in 9.95sec in London.

PIC: Gatlin was all smiles after beating his long-time rival Bolt on Saturday. (AFP)

LONDON - American veteran Justin Gatlin was booed after he stunned Usain Bolt to win the 100m world title in London on Saturday and rain on the Jamaican's farewell race in the blue riband event.

Bolt suffered a dreadful start and could only claim bronze in 9.95sec.

"I'm sorry I couldn't end it on a winning note, but I want to thank you for your support," said Bolt, who embraced Gatlin after they streaked through the line with no clear victor immediately apparent.

"It's been a wonderful experience as always." 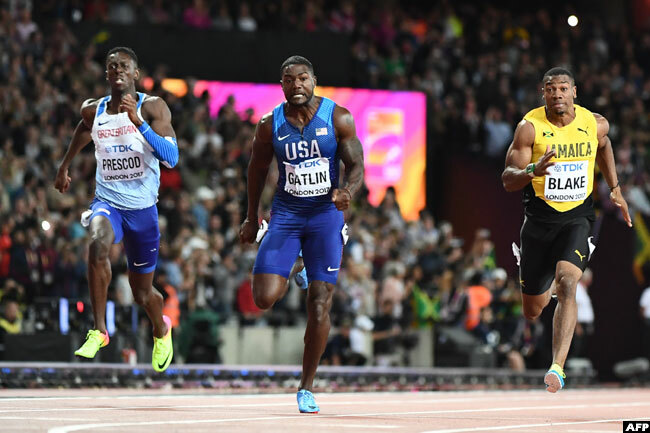 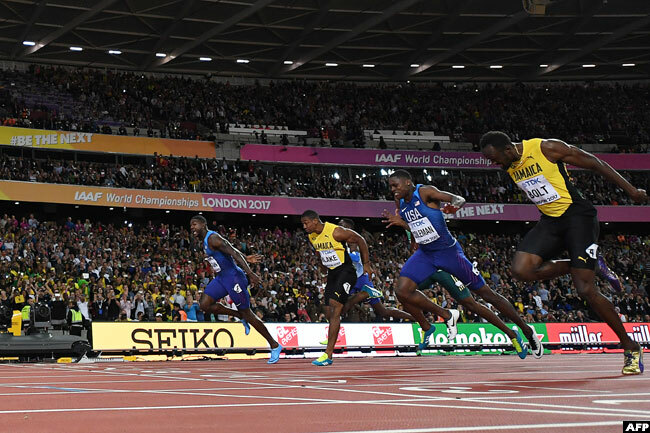 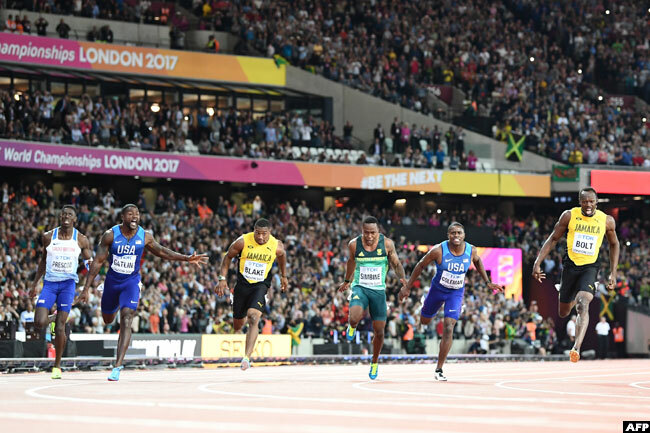 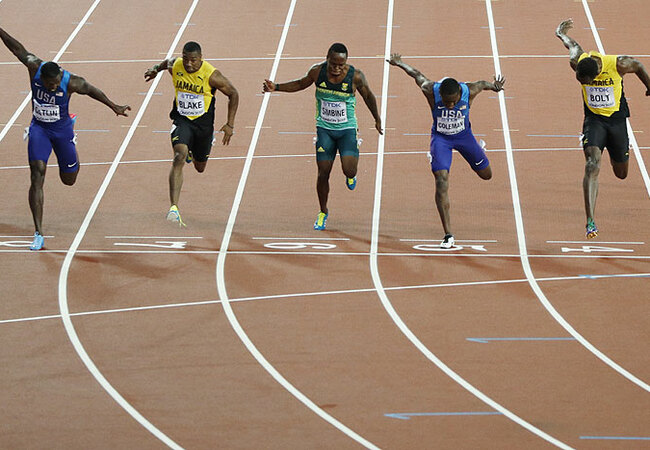 Gatlin was afforded the same rough reception as he had in the heats and semi-finals, loud boos and jeering ringing around the same stadium where in 2012 his rivalry with Bolt was presented as 'good against evil', given the American's doping-tainted past.

That continued unabated after it became clear Gatlin, a sprinter whose past divides track and field, had gatecrashed Bolt's party.

But Gatlin has form as the last man to beat Bolt over 100m -- by a hundredth of a second in Rome in 2013 -- and at the age of 35, can still produce the goods, something he has in the past ironically credited with his four years of forced exile from the track.

The evening was all supposed to be about the 30-year-old Bolt claiming a remarkable 12th world gold to add to his eight Olympic golds in what has been a glittering career.

And what a gaping hole his absence will leave, no matter how brave a face track and field's governing body the IAAF try to put on it.

Of his 19 global golds, 13 have come in individual events and allied with a charismatic personality, it has guaranteed Bolt recognition as one of the world's most successful sportsmen. 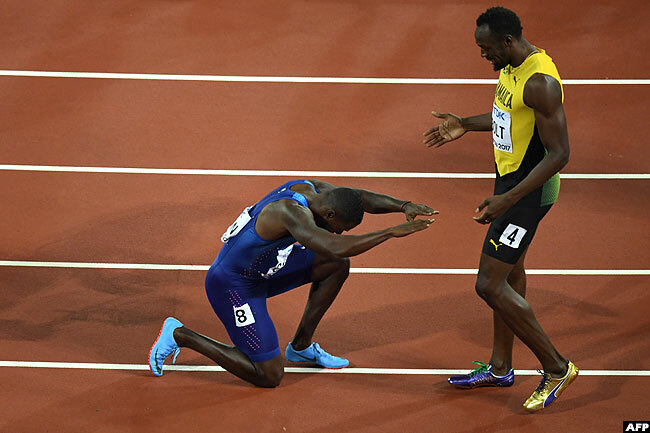 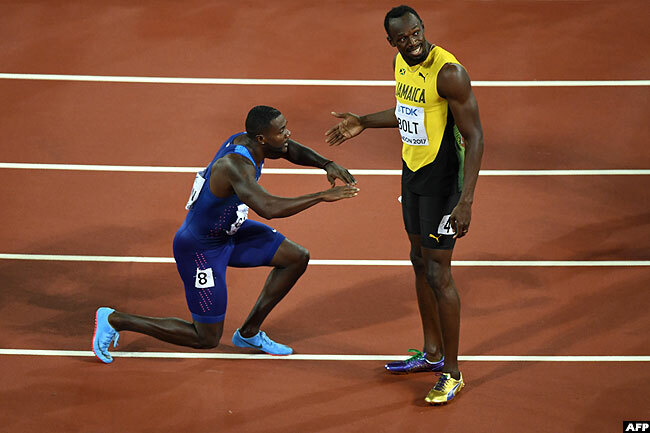 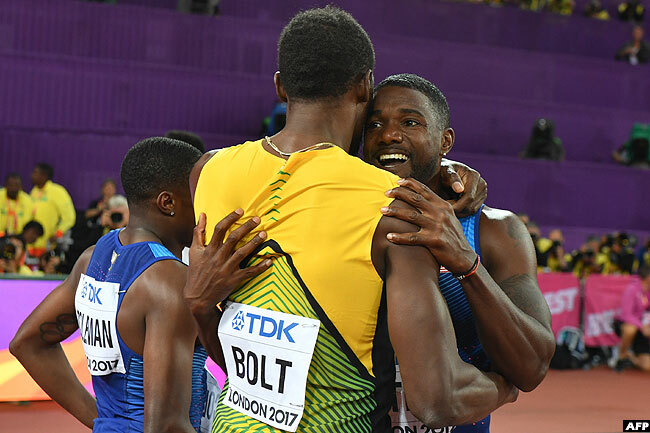 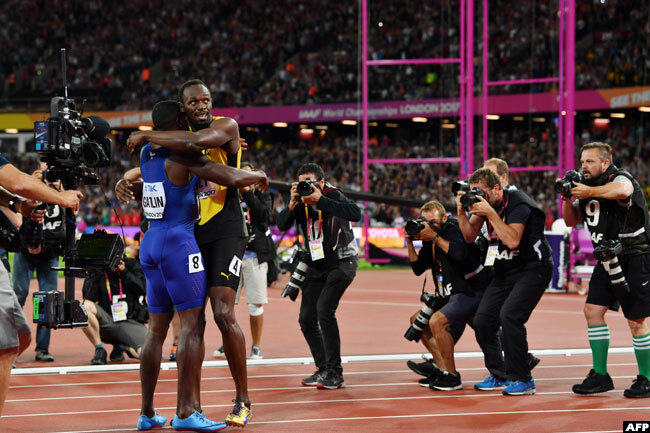 "It feels like most of Kingston is in Stratford tonight," the stadium announcer said of the welcome afforded Bolt in the eastern London stadium now home to West Ham United in the English Premier League.

In temperatures of 19 degrees Celsius (68F), Bolt the showman demonstrated exactly what athletics will miss when he bows out.

The sell-out 60,000 crowd roared as he entered the stadium to do his final warm-up on the track.

Stripped to a vest and tight shorts in the black, green and yellow of Jamaica, chants of "Usain Bolt" rang around in a surprisingly tense atmosphere.

Gatlin, on the other hand, was emotionless as loud jeers welcomed him.

Starting in lane four, Bolt was incredibly slow to react out of the blocks, the 100 and 200m world record holder behind Coleman in the lane outside from the off.

The crowd, on their feet, roared, and so Bolt responded as he has so many times before.

After 50 metres, he moved into his famed "drive phase", head coming slowly up as part of the process that unleashes the full power from his long legs. But it was not quite enough.

Teeth gritted and eyes glued on the big screen of the Trevor Brooking Stand, Bolt streaked through the finish line but any fairytale individual finish to a startling career was dashed by Gatlin and young pretender Coleman. 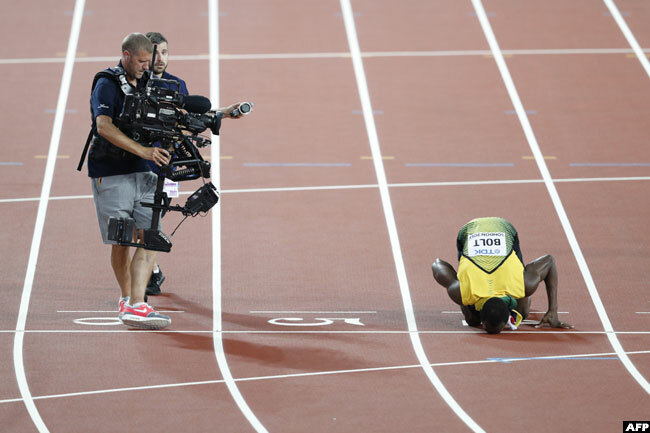 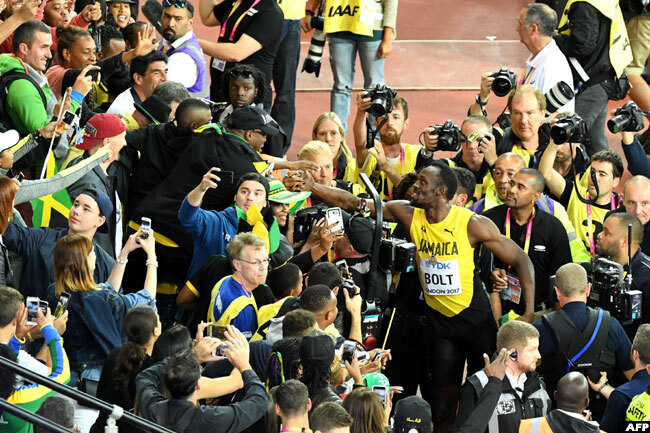 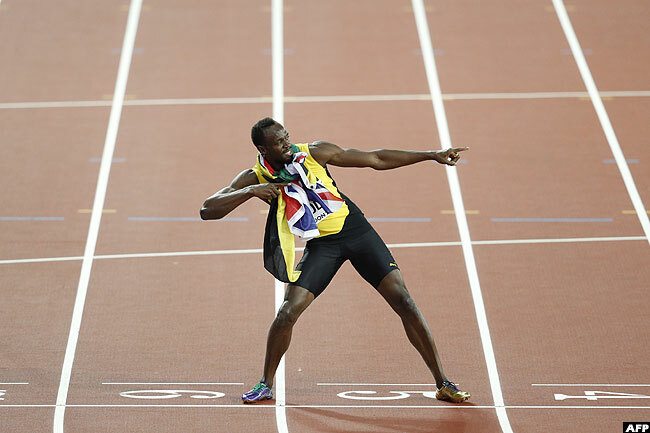 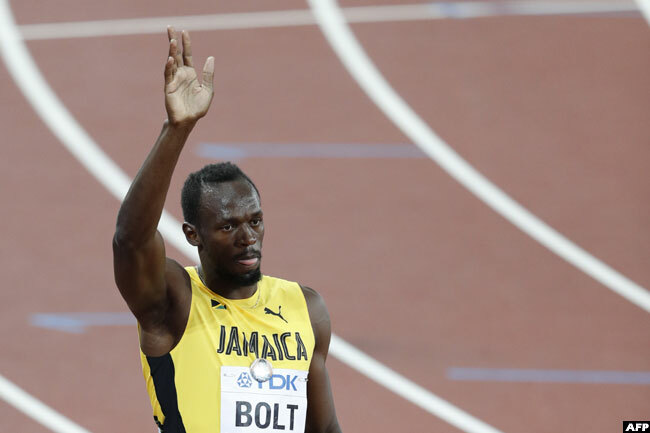 Judiciary to speed up court processes