TOP Health STORY
4 years ago .
The fight against FGM: Starting from the beginning
“If they don’t come to us for cleansing, all the bad luck happens," says a cleanser in Amudat district.

PIC: The cleansers of the Sikowa clan. (Credit: Caroline Ariba)

'Koko-Melkong' is a title the so-called cleansers of Pokot-land in Amudat district boastfully hold. A cave tucked away in the rocky lands of Katabwok sub-county is where they stay. Their role is to 'cleanse' all those looking to undergo the Female Genital Mutilation (FGM). A hidden cave carved into the rocky land of Katabwok is where it happens, writes Caroline Ariba.

Six men stand guard at the entrance to the cave and scan the environment with great measure. Even without saying a word, their eyes almost certainly dare anyone to go past that cave. One of them, a blind old man, instantly takes command. He emerges from the back with the swiftness of a weasel and places himself between two of the men.

Palms pulled out, he goes silent and meekly starts to scan the environment with the alertness of a deer. He swings his head from side to side before deciding to pin his face to the skies. His face, now turned metallic, bundles into a cringe as if the skies had whispered some bad news. An omen?

Suddenly, he stops, looks at his hands and muffles some sounds, before deciding to spit onto his open palms. He vigorously rubs them before dramatically sniffing the air and bursting out into chant. "Ngettaah!" he suddenly cries out. "Arrrrrrr…" the others respond. "Moru…" he barks out again. The others respond, "Ayep!"

Meet the cleansers of the Sikowa clan, appointed by the ‘forefathers' to rid the village's people of bad-luck. 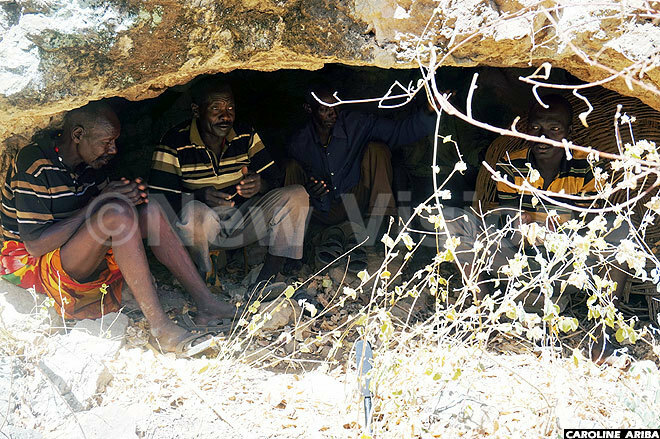 Amudat district is one of the districts where FGM has roots planted deep in their playground, their food basket. And with this rare meeting with them, lobbied for and organized by United Nations Population Fund (UNFPA), a lot would be unearthed.

A CHAT WITH THE CLEANSERS

The cleansers, we would soon learn, might have been in the background, but their role in the FGM rituals is no child's play. They were the missing link towards the process to end FGM. "Before the girls are circumcised, they come to us for cleansing, and please the ancestors," one of them says.

"If they don't come to us for cleansing, all the bad luck happens," another, who insists on not stating his name(s), begins. "Before circumcision, the cutters and the girls and women supposed to be cut are all supposed to sacrifice some animals to our ancestors."

Animal blood, fermented honey brew and tobacco are mixed into a concoction that is then sprinkled in a circular motion around the girl. This, merged with the act described earlier, would make for a cleansing.

"But also, the parents bring us gifts like goats and hens to thank us for chasing the evil spirits," another of the elders says.

Note that before the cutters go on an expedition to cut, they too are cleansed of any misfortune and bad luck.

"Yes, even them, we clean them and make sure that they are ready to do a good job," the younger one of them confirms.

The rule for this is that no woman should be let beyond the cave entrance, and that explains why no woman is chosen among the cleansers. "Everything happens from outside the cave, and the women stay on that side," one of the elders says while pointing to the left. 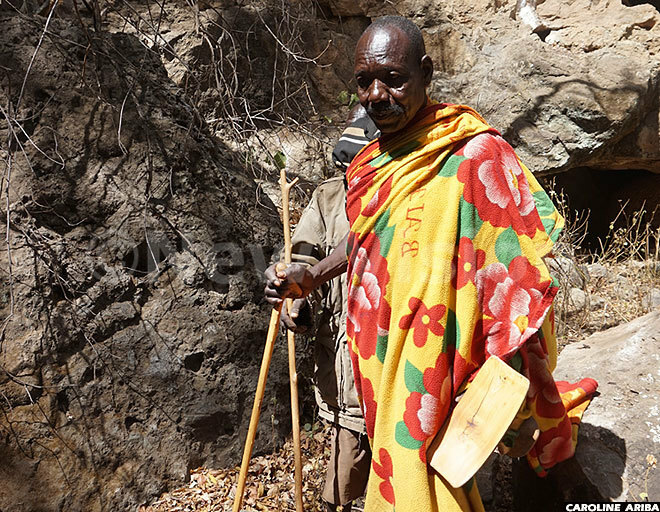 The cleansers who claim to have taken over back in 1964, when the last of the then group of cleansers passed on, earn a living through these rituals. However, with a law criminalizing FGM passed in 2010, isn't this a crime?

THE CLEANSERS AND THE LAW

In 2010, a law that prohibits the practice of FGM and calls for the prosecution and punishment of those involved in the ritual both directly and indirectly was passed. It calls for the protection of women and girls.

A person who carries out FGM will face imprisonment not exceeding ten years if convicted. Should death occur of the victim, the person is liable to life imprisonment for aggravated FGM.

Asked if they are not worried about the law which calls for the protection of girls and women against FGM and looks to prosecute those involved in the ritual both directly and indirectly, they quickly scramble to offer their reaction. "Nowadays, we only do this when people are going to get married, because the law doesn't allow," the seemingly smarter one hastily says.

But it was what they did not say but instead expressed that had one wondering how a group that had a lot to gain from FGM could just abandon the practice. "You see, they are arresting people, we fear," another adds as the rest nod. "Not here in Katabwok, not here!"

It was as clear as day that these were choreographed responses. They did not trust us, not yet! The vehemence with which they emphasized the responses only made it more questionable.

Also, since this had been their livelihood, how then were they surviving?

In the end, they each claimed that they have since settled for jobs as casual laborers, but nothing, they agreed, brought in as much as the ‘gifts' from the rituals. 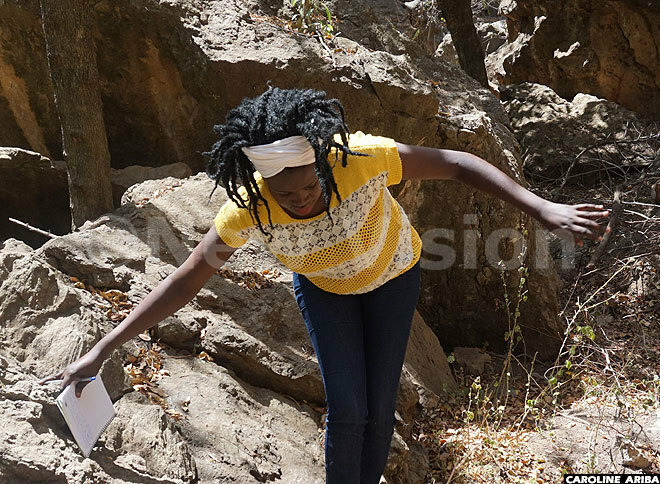 It's not easy to negotiate one's way to the cave, as the writer herself found out

In Part II, we will turn our focus on the cutters