What FDC clashes over EALA mean?
Next Story

Once the National Food and Drug Bill is enacted into law, all animal and bird boosters will be swept off the market

Once the National Food and Drug Bill is enacted into law, all animal and bird boosters will be swept off the market

National Drug Authority (NDA) board chairman, Dr Medard Bitekyerezo, has threatened to sack all drug inspectors who sign drug imports forms when the drugs are expired.

Bitekyerezo said many expired drugs are imported into the country and drug inspectors at import points sign the forms that accept them to enter the country yet these drugs are harmful to the public.

"This is the reason why our people are suffering from different cancers as a result of consuming expired drugs because businessmen want to get money.

I'm warning all drug inspectors at the entry points not to tamper signing entry forms with expired drugs because once I prove any of them doing it, I will automatically sack them" he said.

He was addressing a stakeholders meeting at the opening of a three day consultative meeting on the draft National Food and Drug Bill at Hotel Africana on Monday.

Former vice president Dr. Specioza Kazibwe said many farmers are murdering Ugandans by giving their birds and animals food that has growth hormones which end up in children's bodies. 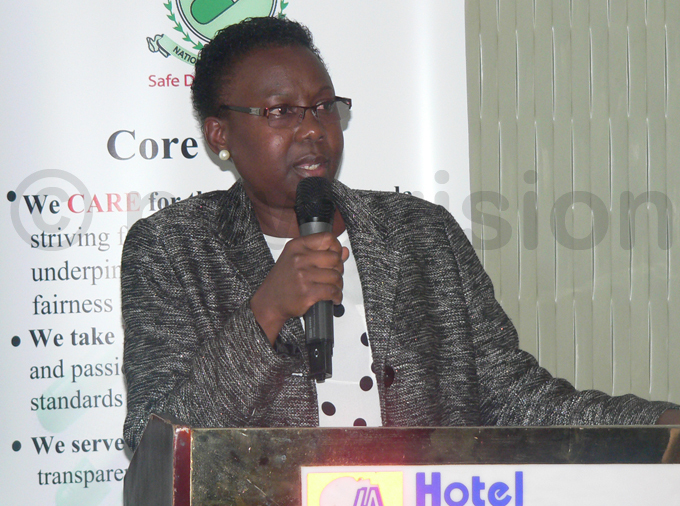 "Most children in the urban areas eat fast foods which include boosted animals like chicken, beef and pork bought from supermarkets" she said.

Kazibwe added that farmers boost these animals to grow in a shorter period than expected, and as a result of consuming these meat products, children end up being obese.

The Minister of Health Dr. Ruth Aceng at the opening of the meeting said that once the Bill is enacted into law, all these animal and bird boosters will be swept off the market in order to protect the public from unknown diseases.