"I'm happy for him and I will celebrate his life. He told us to be strong, happy and positive. He was always jolly with us and loved us so much."

"I'm happy for him and I will celebrate his life. He told us to be strong, happy and positive. He was always jolly with us and loved us so much."

PIC: Angella Katatumba speaks to journalists, flanked by her mother Gertrude and step-mother Grace (left) at their home in Muyenga. (Credit: Eddie Ssejjoba)

"He was my sweet darling and best friend."

Always appearing with him at her shows and other big events, Angella talked of her father as an affectionate parent who loved and gave his children the best they deserved.

"I'm happy for him and I will celebrate his life. He told us to be strong, happy and positive. He was always jolly with us and loved us so much that every time we expected to get the best from him and we got it.

"It is unfortunate, although I have to rejoice for his lifetime," she said as mourners flocked at their home in Muyenga after news spread of the death of her father.

She appeared jovial and seemed to instead comfort mourners who shed tears on arriving at their home. "You have to be strong, my father was a happy man and even when I looked at his body, he died smiling and it is like he is not dead." 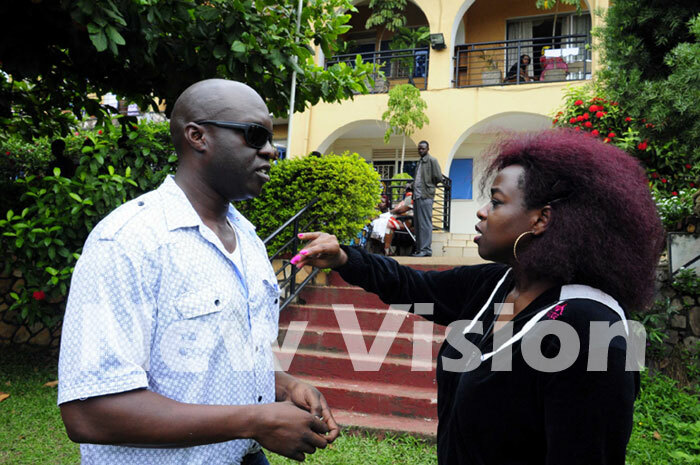 Angella chats with her elder brother Allan at their home in Muyenga. (Credit: Eddie Ssejjoba)

Angella answered a number of calls on her cellphone and hugged everyone who came, freely talking to her brothers and cousins at their plush home.

She was also more than willing to give interviews to journalists and was patient to every interview, to the surprise of everyone who thought she would decline and instead remain mourning her father.

She has since vowed to be more committed to the fight against cancer than ever before.

Katatumba, who was appointed 'Face of Uganda Cancer Institute' in May last year, said she was shocked to learn that her father, who died at about 8.00am local time, had colon cancer, also known as Colorectal cancer. 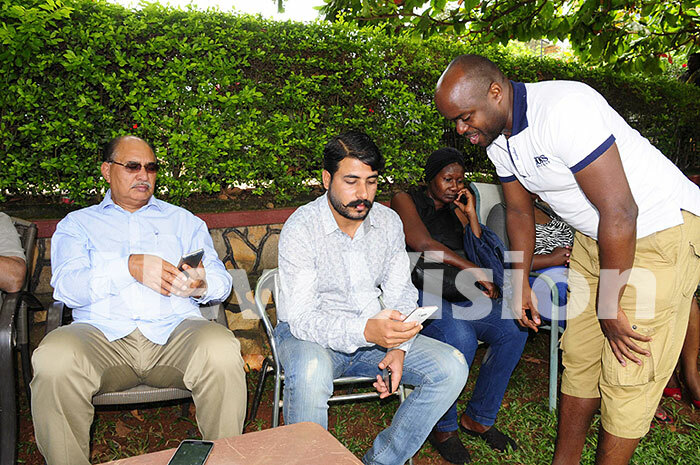 Rugiirwa Katatumba speaks to members of the Pakistan Community at his late father's home in Muyenga. Middle is Hasan Kalair, the chairperson of the Pakistan Association in Uganda. (Credit: Eddie Ssejjoba)

'We were not aware'

She has made several donations to Mulago Referral Hospital where she has always been accompanied by her father.

She said that instead, her father had tested positive for prostate cancer 16 years ago but it was managed since it was detected early.

"It was a surprise to us because we were not aware of [him having] colon cancer. My father had prostate cancer but it was managed and we thought he was safe. Now I have learnt that one needs to check for several other cancers," Angella said at IHK hospital soon after her father's death.

The musician however remained jovial as friends and relatives started arriving at the facility, saying she intended to remain so to celebrate his life. 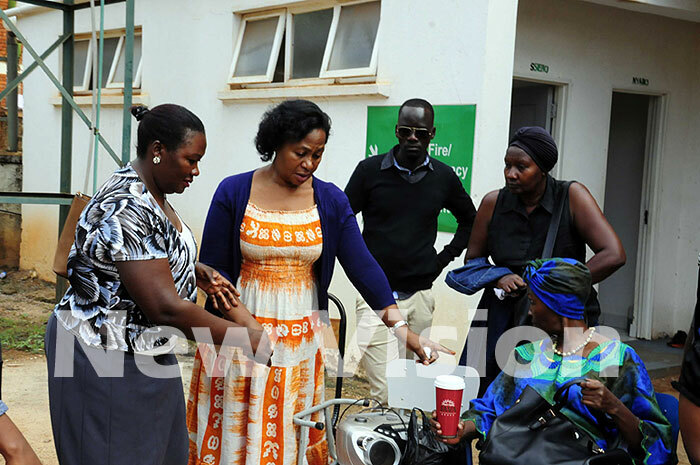 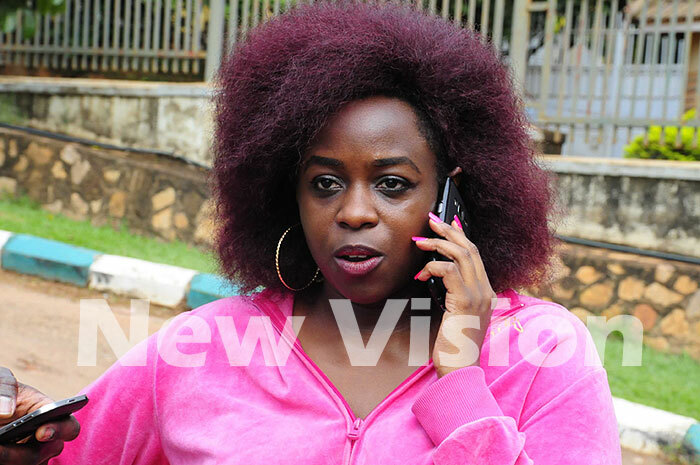 She advised the public, especially people who have clocked 45 years and above, to test early for cancer, which she said can be managed. "I'm now more determined to the cause of cancer, let everyone test early to avoid surprises," she said.

She said Mzee Katatumba developed several complications after an operation on Sunday, which weakened him and finally led to his death.

Family sources revealed that Katatumba was scheduled to fly out to the United Kingdom on the day he met his death for further management and he had already booked his flight.

He is survived by two wives, Gertrude and Grace, and children including Allan, Angella, Rugiirwa, Jay, Ian and Ken.  He is due to be laid to rest at his ancestral home in Mbarara.

A former chairperson of the Uganda National Chamber of Commerce, Katatumba has been mourned by the business community both in Uganda and Pakistan especially for his role of attracting business investors from Pakistan.

Angella paid tribute to her father on social media: "I love and miss you soooo much Papa. I know you are in heaven with your beloved parents, brothers and friends having a wonderful reunion and watching over us."