Justice Mulyagonja said resources got through corruption can be used to disrupt peace and cause violence. Photo by Tony Rujuta

Every year, about $1 trillion is paid in bribes, while an estimated $ $2.6 trillion is stolen annually through corruption, which is the equivalent of more than 5% of the global GDP. According to the United Nations Development Programme, funds lost to corruption are an estimated 10 times the amount of official development assistance.

In Uganda, the 2015 report of the Parliament estimates that the country has lost more than sh24 trillion to corruption in the last 10 years. The picture is not any different from Transparency International's survey of 2015, which ranks Uganda as the 29th most corrupt among the world's 167 countries.

U ganda is an enviable country to live in — considering all its natural resources and friendly weather.  However, there is no doubt that every time you take a closer look into public offices or the private sector you have to deal with untold corruption and you do wonder how much longer it is likely to go on. 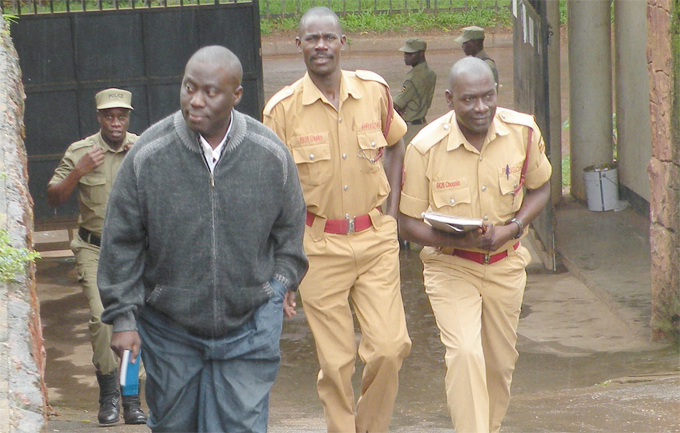 Former Principal Accountant in the Office of the Prime Minister, Geoffrey Kazinda at the Anti-Corruption Court last year. Kazinda was convicted for abuse of office, forgery and possession of government storesadopted