EU calls for adoption of the National Legal policy

A cross section of participants attending the World Day celebrations against death penality in Kampala. Photo by Wilfred Sanya

The European Union Head of Delegation His Excellence Ambassador Kristian Schmidt has appealed to Government to consider adoption of the National Legal policy to ensure necessary services for indigent Ugandans.

"The poor are being oppressed because there is no one to assist them access justice, yet the Constitution provides for free legal representation at the expense of the state in capital offences carrying sentences of death and or imprisonment for life," Kristian observed.

Kristian made this call while commemorating the 14th World Day against the Death Penalty held at the Foundation for Human Rights Initiatives head offices at Kabalagala on yesterday.

Kristian  observed that, "the National Legal Aid Policy Bill has been in the shelves   for  two years , so there is need  for the Minister  of Justice and Constitutional Affairs  to  present  the Bill  to Parliament  so that  it is discussed  and passed  into  law to ensure  the poor access justice." 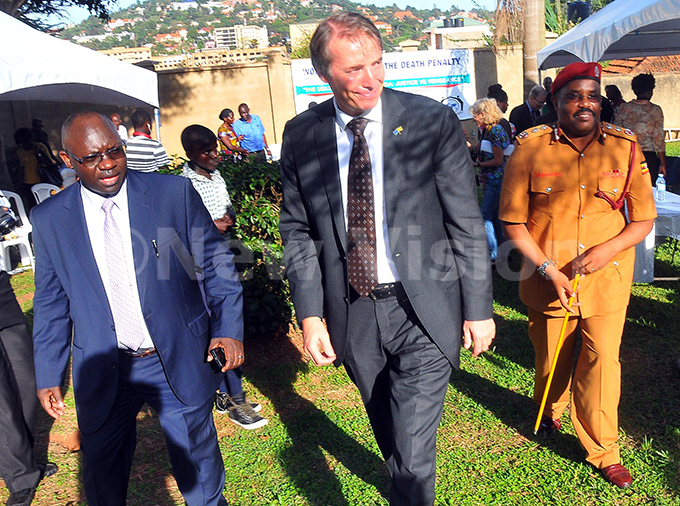 Kristian emphasized that the EU strongly opposes the death penalty in all circumstances, and works towards the universal abolition of the death penalty, if necessary by lobbying for the immediate establishment of a moratorium which paves the way for its abolition. 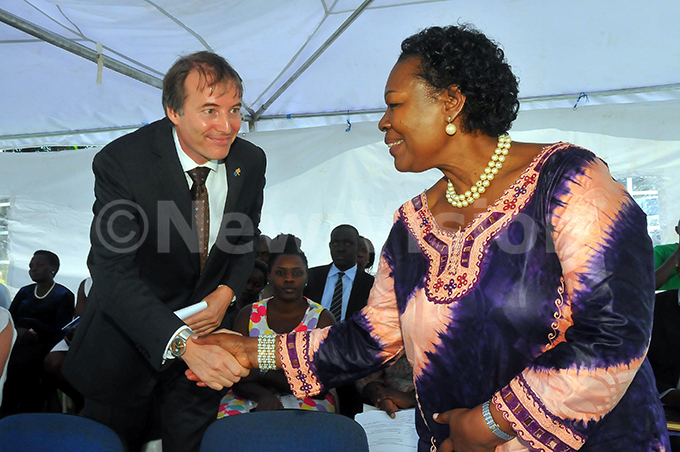 "There are appeals courts with judges missing, there is corruption and many files have gone missing from courts of law that curtail people from having justice."  Sewanyana narrates.

Ex-convict speaks out on death penalty

Edward Mpagi 61, from Masaka says he was innocently accused of murdering which nearly put him put him death penalty and called for a ban of the punishment."In 1981, we had land wrangle with arrival family in Masaka, I was accused of murdering our neighbor on grounds of the grudges we had in the past." Mpagi said.

He narrates that due to political tension in 1980s, he luckily didn't face the hangman. "Many people were hanged to death in 1991,93,96,99 to whom we shared sentences and I would be innocently dead by now." He noted.

Mpagi called onto government to drop the death sentence adding that there are many innocent people like him who have been convicted and would face death penalties.

James Bob Twesigye14 told new vision that he learnt about his father's death sentence at 4 years which made him cry."I asked mum about my father and she instead took me to my aunt because she could not explain to me. Aunt lied to me that she ­­­­was from prison which is not true." Twesigye says.

Twesigye adds that he yearns to see his dad as some of his friends at home ask him about his dad.

"The law should not separate us from our dads and therefore the death penalty should be banned." Twesigye says.

Although Uganda last carried out executions in 1999, courts still sentence people to suffer death. Uganda's Prisons currently accommodate 198 death row inmates of which 11 are female while 187 are male.

The number of countries that have abolished the death penalty completely for all crimes in all circumstances has tripled over the last quarter of a century and now stands at 103;  six others have abolished it for all ordinary crimes and 31 are acknowledged as 'abolitionist in practice':140 countries in all.

Effects of COVID-19 on the social and labour sector