Dog on sale at sh9m

What you can do with sh9million other than buying a dog? You can buy a Toyota Vitz, finish a degree course and also persue a diploma

What you can do with sh9million other than buying a dog? You can buy a Toyota Vitz, finish a degree course and also persue a diploma

After keeping a boerboel dog breed for 10 months, Benon Kisambira, an accountant at lake bounty, a fish company wants to sell it at sh9m.

"This dog has eaten my food so anyone who wants it he/she could give me sh9m. I have invested in this dog more than sh15m," Isabirye brags that he has chased away four potential buyers who wanted to give him sh5m.

To justify the sh9m, Isabirye says that the dog is aggressive and royal. When it barks, other dogs around go silent.

Sometimes when its hungry and it barks, my roof vibrates.

He claims that he has immunized it for hepatitis, rabies and parvoinosis, deworms it, uses strawberry shampoo which he gets at sh300,000 to clean it, gives it food among others.

He has been keeping dogs for the last three years not just as pets but also for his family's security. But he says this time round, he says he to earn profit.

"Dogs are a good source of security and they are trainable so it only requires a few hours of one's time and the only commitment is to feed them well," he added.

He challenges the youth to try the business because it's an opportunity that can help them attain financial independence.

Currently he has four dogs at home. Others being shepherds breed. 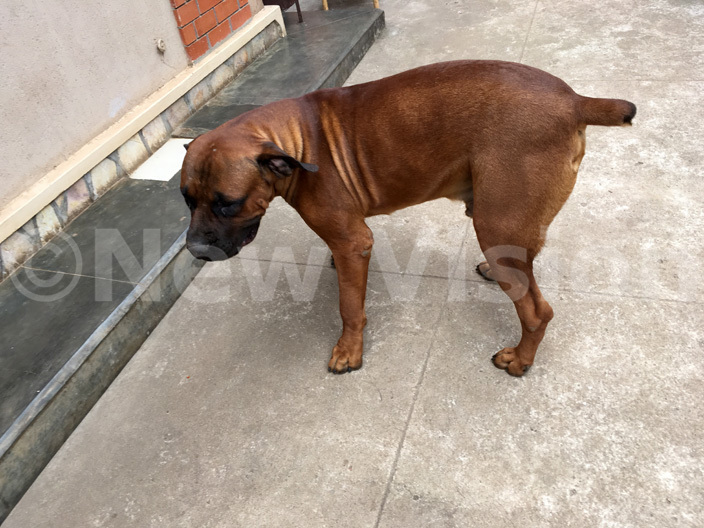 It drinks 1 ½ litres of Jesa milk, an egg, and a loaf of bread for breakfast.  Lunch it does water and milk. Then in the evening it eats 1kg of meat.

"I don't feed my dogs on Mukene (silver fish) because it smells and when it goes on its nose, it cannot be able to sniff well. I also don't give it bones because it can eat meat. My dog is disciplined, it cannot eat food which is not in its plate. It does not do plain water. You have to mix in milk," he said. 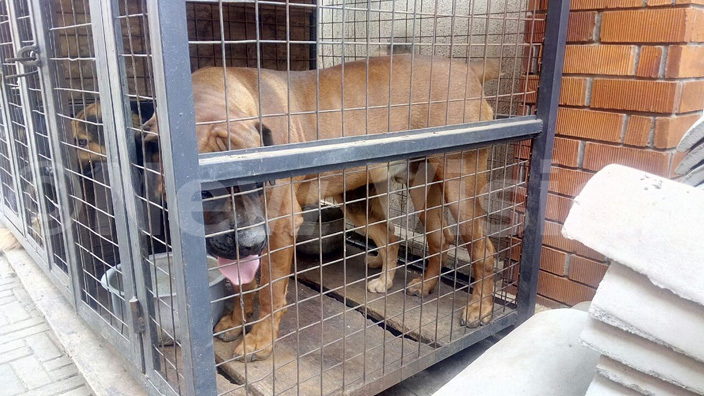 When it is not well fed, it can eat a person.

"Recently it beat my wife because she stood for along time while holding a broom," he narrated.

What you can do with sh9million other than buying a dog?
You can buy a Toyota Vitz

You can finish a degree course and also persue a diploma

You can buy a plot of land and construct a house

You can pay for your child's school fees

You can open up boutiques in almost every busy trading center.

You can renovate your house

You can marry a wife: organize an introduction  and a wedding.

You can start up a business.