“I have been around this course since 2011 so I know it very well because I work on it every day."

“I have been around this course since 2011 so I know it very well because I work on it every day."

Playing off handicap 15, the 28 year old who is a tractor driver at the club used local knowledge to beat over 100 golfers to the championship.  He go two birdies and fiver pars en-route to his 5th championship in three years.

"I have been around this course since 2011 so I know it very well because I work on it every day so as others struggled on the hard and dry terrain I found my way around it," Owomugisha said.

Despite the dry course, the championship was tightly fought out in all categories with Kigali based Ugandan golfer Stephen Katwiremu (37pts) beating Ronald Mugisha on count-back in Group A where Rodell Gaita also finished on 37 points.

The battle for top spot in Group B was also fierce with Michael Busingye also beating Geoffrey Orach on count-back just like in Group C where last year's winner Edwin Muhereza won in similar fashion over Elichum Mutahooka.

Martha Babirye from Jinja was the biggest winner in the ladies category walking away with three prizes on the night. Apart from being runner up to Gloria Mbaguta in Group A, the Jinja golfer also took the ladies' longest drive and nearest to the pin trophies. 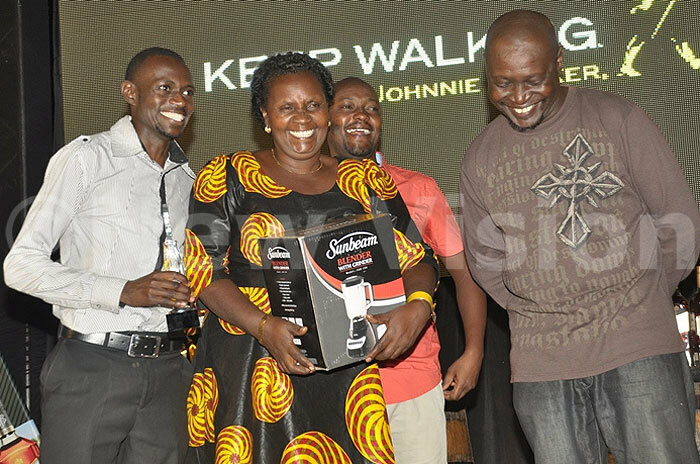 Maria Tumusiime was the best in Group B where Edrae Kagombe and Kate Muganga were first and second runners up respectively.

Earlier Deo Akope had claimed the biggest share of sh15m in the professional's category.