Daudi Migereko, the minister of lands, housing and urban development

An event organised by the lands ministry to evaluate the level of satisfaction in their services turned into an anger venting occasion about the rot in the sector.

The event that took place from Wednesday to Friday at the National Theatre and was organised by lands minister Daudi Migereko was also to boost transparency in land transactions and participants were to be helped verify their land tittles and other related documents.

But moments after the minister flagged the event off; it degenerated into figure pointing at some officials of the ministry for using their offices to enrich themselves through extortion and bribe taking. 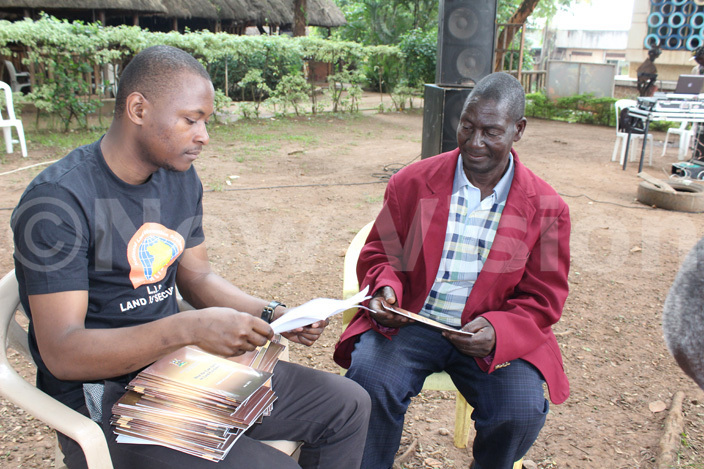 Ministry of lands staff helps a client during the Open Day

Migereko was told that officials from the ministry extort cash ranging from sh250,000 to sh500,000 on every transaction they put hands on.

The minister also heard that processing land tittles in many of the zonal lands offices across the country has become difficult because officials work only after taking a bribe.

Extortion and fraud involving land officials and conmen were major concerns participants raised at the event. Nearly in all the complaints raised, land officials were linked to the mess.

The testimonies of participants were heart breaking and some shed tears as they narrated how they lost homes in illegal land evictions backed by land officials. Others said they had been jailed after unfairly being implicated in land related crimes. 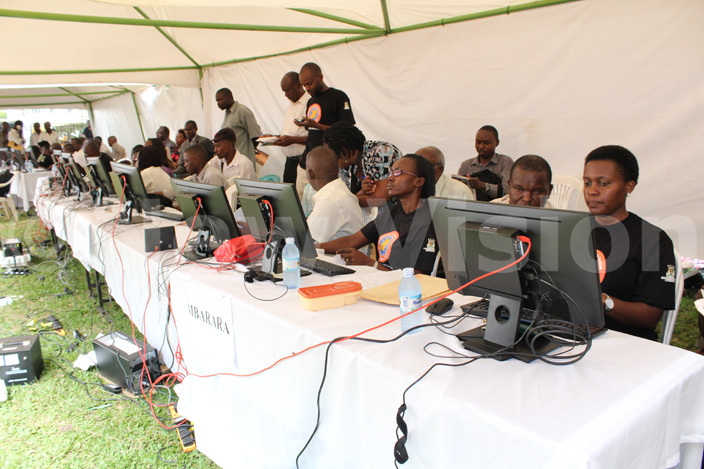 One participant from Wakiso district narrated how he processed all the documents to the level of securing a tittle but has not been able to get it in the last five years.

He said he petitioned the commissioner land registration who cleared it but that one of the lands official in Wakiso has blocked it. The complainant burst into a laugher when he was sent to a special desk that had been set to respond to serious land issues.

Hadijah Miiro, 60, from Wakiso district a former employee of the United Nations Development Programme (UNDP) also had a sad story.

After working as senior elections observer in different countries including Afghanistan for 12 years, Miiro decided to retire into farming in 2011.

She however had no land and using part of her savings, Miiro bought seven acres at a total of sh175m on Muyenje village, Wakiso district.

But when she later went to process the tittle at the zonal offices, she was told the ministry had withdrawn the white papers from Wakiso so issuing of tittles had stalled.

Miiro didn't know that she was starting a protracted journey of acquiring a tittle that has now lasted five years with no hopes of ever breaking-through.

In the last six years she said she spent millions of shillings in bribes on lower lands officials in Wakiso for every service she offered.  But even after paying millions in bribes, Miiro fears she might never get the tittle.

She told Sunday Vision that the person who sold her the land has now changed his heart and connived with the original owner to grab the land. "They have even gone to court which has issued an order so anytime, they could evict me," she said.

Miiro said that the original owner who she saw before buying the land and denied that she had any interest now says she has never sold it to the vendor who sold it.

"At one point I heard that she had interest on the land before I bought it and I met her with LCs officials. She denied that she had such interests," Miiro said.

Sunday Vision has learnt that the 400 acre piece of land in question is occupied by hundreds of other buyers who face eviction under similar circumstances.

Miiro's story highlights how complicated land matters have become that even the rich also cry.

She told Sunday Vision that to ensure that no conmen duped her in the process of buying the land; she consulted LC officials and elders on the village. 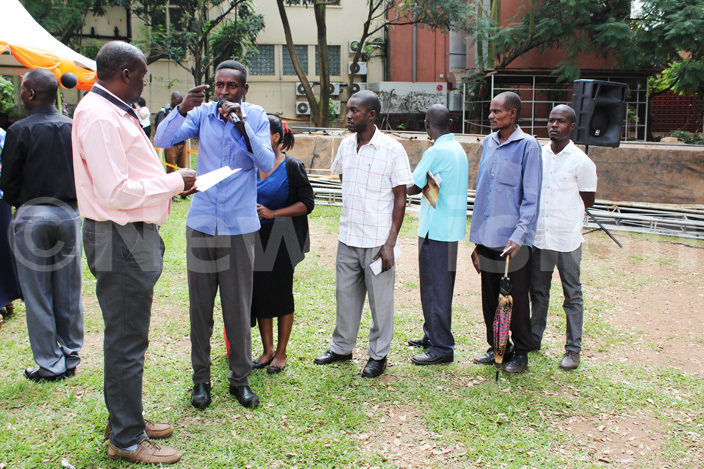 Miiro has a poultry and banana farm on the land and says she verified the land tittle at the zonal offices in Wakiso and everything appeared to be fine prior to paying.

And Bosco Ntale, 41, a resident of Matuga in Wakiso said he spent four days at Matuga Police Station in Wakiso after being arrested for uprooting the fence of his neighbor who had encroached on his Kibanja (land).

He said that for six years now, the wrangle with his rich neighbour over land has left him impoverished yet it is not about to end soon.

Ntale told Sunday Vision that one time, a meeting to resolve the wrangle was held in presence of a lands official from the area zonal office who trashed his evidence to the extent of saying that tenants can only be compensated for the crops on their land. Ntale suspects the official had been bought off by his rival.

John Nkotanyi, 21, from Luwero district said his family bought 37 acres of land at sh21m in 2000 but that some officials in Bukalasa zonal lands offices and a cross section of local leaders connived to give the land tittle to another person.

Thousands of the participants were given a free book that was published by the ministry containing the rights of people on land to help them guard against violation.

Migereko explained that the ministry has zero tolerance for corruption and that the introduction of uniforms with names of staff was partly intended to help the public identify wrong doers.

The minister asked the victims to read the names of the perpetuators on the uniforms and report those asking for bribes to the ministry for disciplinary action.

At the same event, several members of the public also accused utility companies, including Umeme, National Water and Sewerage Corporation, Posta Uganda and National Roads Authority (UNRA) of putting projects on people's land before paying them.

The ministry spokesperson, Denis Obbo advised the public that each of the companies has got a complaint desk where they could file their complaints.

Wakiso District was cited as the worst district in the country to process a land tittle from considering the time it takes a client.

But Obbo defended Wakiso, saying it has the biggest number of tattered maps that must be reconstructed during the ongoing digitalisation process of old titles. "Reconstructing of a map takes a minimum of eight months and before it's done, a tittle cannot be produced,"Obbo said.

The ministry said that the next Open Day will be held in Wakiso to try and fix the queries that have been raised in the zonal office.

Processing land tittles has been one of the biggest hustles in the country and several programmes have been introduced to reduce the burden but it has persisted.  The Land Information system that cost government billions to embrace is also about to yield positive results.

Johnny Depp ordered to stay away from wife over abuse claim