US Republican presidential hopeful Donald Trump (R) arrives with New Jersey Governor Chris Christie for a rally March 14, 2016 in Vienna Center, Ohio. The six remaining White House hopefuls made a frantic push for votes March 14, 2016 on the eve of make-or-break nominating contests, with Donald Trump's Republican rivals desperate to bar his path after a weekend of violence on the campaign trail. / AFP / Brendan Smialowski

Republican presidential frontrunner Donald Trump romped to victory in the Florida primary Tuesday, thwarting party efforts to stop his march to the White House nomination and knocking Marco Rubio out of the race.

The Sunshine State's Republicans almost guaranteed Trump a plurality of delegates heading into the July convention -- but John Kasich scored a do-or-die victory in his home state of Ohio, throwing up an obstacle to Trump's ascent. 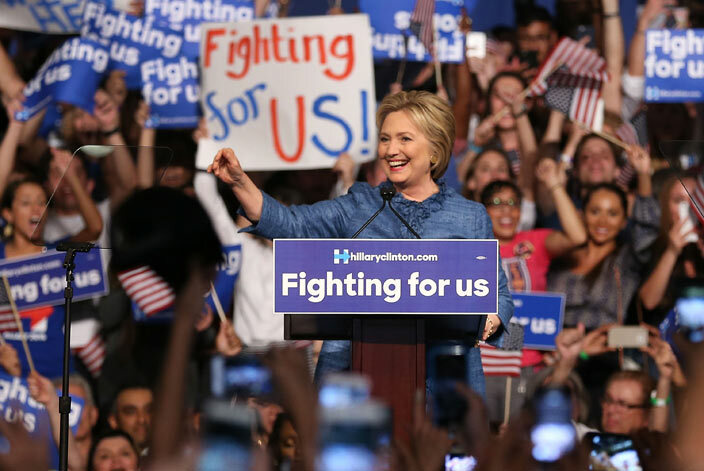 "Word is that, despite a record amount spent on negative and phony ads, I had a massive victory in Florida. Numbers out soon!" Trump tweeted.

Trump's victory will shock the Republican establishment as much as it will raise hopes they can challenge in the one-time swing state come the general election in November.

President Barack Obama carried the state in both the 2008 and 2012 elections.

After the Florida race was called in Trump's favor, Rubio bowed out.

"While it is not God's plan that I be president in 2016 or maybe ever, and while today my campaign is suspended, the fact that I've even come this far is evidence of how special America truly is," Rubio told supporters in Florida. 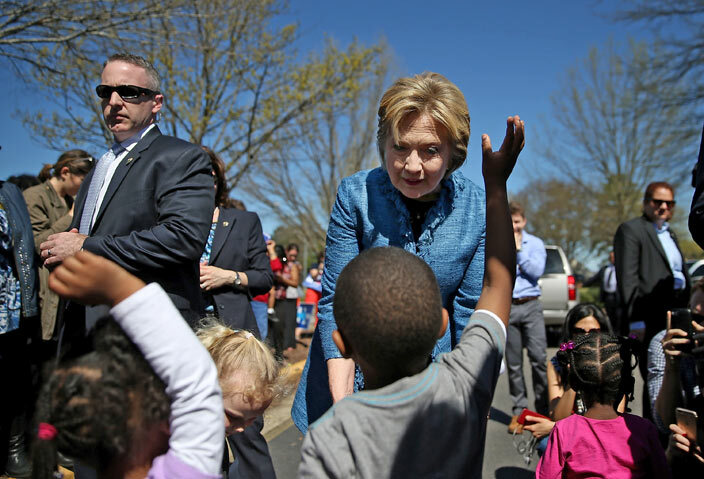 "The grand prize is Ohio, because Ohio is critical for a Republican to win the White House," said Republican strategist and Kasich supporter Mike Gonidakis.

He predicted a large turnout:  "We believe that they're coming out to draw a line in the sand against Donald Trump."

Ted Cruz, an arch-conservative from Texas, is now the main threat to the Trump juggernaut.

Early projections by US media showed Cruz coming in second in Missouri, Illinois and North Carolina.

Democratic contests in the racially diverse, industrial Midwest delivered further evidence of Clinton's advantage over her rival Bernie Sanders, especially with the win in Ohio.

Her rival, a US senator from Vermont, has denounced her support of free-trade pacts in a part of the country that has seen manufacturing jobs disappear as entire industries have moved offshore.

Sanders' failure to win in any state on Tuesday would make his nomination bid near impossible.

Trump's incendiary attacks on immigrants, threats of mass deportations and a proposal for a wall on the border with Mexico have ignited the campaign trail and drawn condemnation in some quarters -- the latest being from President Barack Obama.

Without pointing the finger directly at Trump, Obama professed to being "dismayed" at some of the comments during campaigning.

"We have heard vulgar and divisive rhetoric aimed at women and minorities -- at Americans who don't look like 'us,' or pray like 'us,' or vote like we do," said the president, who along with First Lady Michelle cast absentee ballots in their home state of Illinois.

But Trump's populist message has resonated -- even with some Democrats like 69-year-old Katharine Berry.

"We don't need all these illegals," she told AFP outside a polling station at the Zion Lutheran Church in Canton. "They're taking our jobs, they've got all these rights, Americans don't have rights.

"I voted Democrat today. But if Trump wins, then I'm going to vote for him in the general election."

Campaigning in Ohio, Trump pitched his candidacy not to the core Republican electorate but to blue-collar workers, attacking free-trade deals and the loss of jobs to foreign competitors.

"I've been with the people of Ohio. They hate the fact their coal and steel industries are gone. I think we're going to do well in Ohio," he told NBC's "Today" show on Tuesday.

He will hope to put America's vast "rust belt" in play in November.